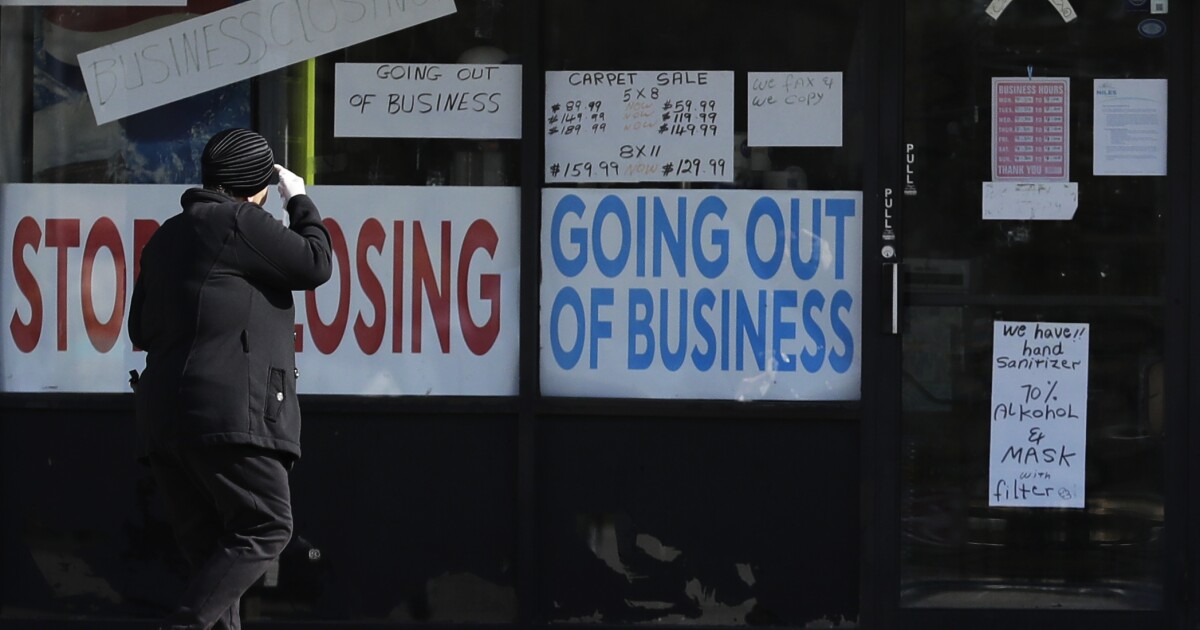 California’s pandemic-plagued economy perked up in October, as employers brought back tens of thousands of furloughed workers. But the state has regained less than half the jobs it lost in the spring’s catastrophic downturn, and economists predict the recovery may have already stalled.

October’s unemployment rate dipped to 9.3% last month, down from 11% in September, as the state added 145,500 payroll jobs, for a total of 16.13 million, state officials reported. Many were in the most severely affected leisure and hospitality sector.

A year earlier, California unemployment stood at 3.9%. It rose to an unprecedented 16.4% in April and May.

Attesting to the roller-coaster nature of the virus’ labor impact, California jobs last month grew at twice the rate of the nation’s. It was the state’s third-highest single-month gain in at least three decades.

“We must be California dreaming,” said Loyola Marymount University economist Sung Won Sohn, of the larger-than-expected drop in joblessness. But he added, “The dream won’t last,” as the virus surges to unprecedented heights across the state and new restrictions on businesses take effect.

“The recovery is fragile at best,” he said. “Unlike the first wave in March and April, there is no massive government stimulus on the horizon to cushion the economy.”

Congress’ $2.2-trillion CARES Act, passed in March, sent billions of dollars of aid to laid-off workers in the form of a $1,200 stimulus check and a weekly unemployment supplement of $600. Jobless aid was reduced over the summer to $300 and has now expired. Multibillion-dollar loan programs for businesses have also lapsed.

A study this week by UCLA’s California Policy Lab predicts nearly 750,000 Californians will stop receiving unemployment insurance benefits by the end of next month when two other CARES Act programs expire, including one that extends state benefits and another that targets self-employed workers and independent contractors.

“The indifference of the federal government and the U.S. Senate to approve a new rescue package will slow down the recovery,” predicted Pomona College economist Fernando Lozano.

A jump in October’s labor force of more than 600,000, which includes both employees and job seekers, may reflect the fact that workers have run out of insurance benefits, suggested Lynn Reaser, an economist at San Diego’s Point Loma Nazarene University. Some may have found work, she said, but “it could be temporary as businesses are now being forced to close down with the surge in infections and new state restrictions.”

Nonetheless, the labor force was more than 200,000 workers smaller than a year earlier.

Even with the latest improvement, California’s October jobless rate is the fifth highest after Hawaii, Nevada, New York and Louisiana. . U.S. unemployment last month was 6.9%.

And California has lost more jobs during the pandemic than any other state at 1,369,400.

The October data also reflected the recovery’s uneven nature. Los Angeles County’s joblessness stood at 12.1%, down from 15.3% in September and well above other urban areas. Technology companies, with many employees operating from home, continued to buoy Northern California, where San Francisco’s unemployment rate was 6.9% and joblessness in Santa Clara County, encompassing San Jose, was 5.9%.

In the Inland Empire, encompassing Riverside and San Bernardino County, the October jobless rate was 9%, down from 10.2% a month earlier. The region gained 27,800 payroll jobs for a total of 1.45 million, a 2% rise.

Nine of California’s 11 major industry sectors gained jobs last month. Leisure and hospitality had the largest gain with an increase of 66,000 positions. Some hotels have benefited from local travel and many restaurants have ramped up outdoor seating, takeout and delivery.

Professional and business services jobs rose by 35,800. The sector includes many employees who can work from home, such as accountants, lawyers and computer technicians.

Government posted the largest job loss with a decline of 41,100 as census takers completed their work.

If October’s labor market showed marked improvement, November‘s indicators are already worrisome, as more Californians apply for unemployment benefits. Initial claims were up slightly this week, to 134,270 from 132,350, according to an Employment Development Department tracker.

Disney, one of the state’s largest employers, began laying off 28,000 workers this month across its theme parks and products and experience divisions, with about 10,000 of those layoffs hitting the Disneyland Resort parks, hotels and stores in Anaheim.

Universal Studios Hollywood has already cut its workforce by as many as 7,000 employees through furloughs, layoffs and cuts to work shifts.

The two giant theme parks have been closed since March.

“Gov. Newsom’s recent orders for late-night curfews and closure of indoor dining for restaurants and bars, and other nonessential businesses, will lead to another spike in joblessness in the weeks ahead,” predicted Scott Anderson, chief economist of the Bank of the West in San Francisco.

“Daily mobility data, restaurant reservation data and TSA checkpoint visits are already showing negative trends,” he added. “Those are bound to only get worse with the coronavirus cases and hospitalizations surge and Congress dithers on another coronavirus relief bill.

“While recent vaccine news is welcome and will eventually liberate the California economy, we still have a long winter ahead to get there.”

The jobs report is based on two federal surveys, one of 5,100 California households and one of 80,000 businesses in the state, conducted the week of Oct. 12.

Home of the Week: A coastal contemporary in the Palisades

Facebook May Be Ordered to Change Data Practices in Europe