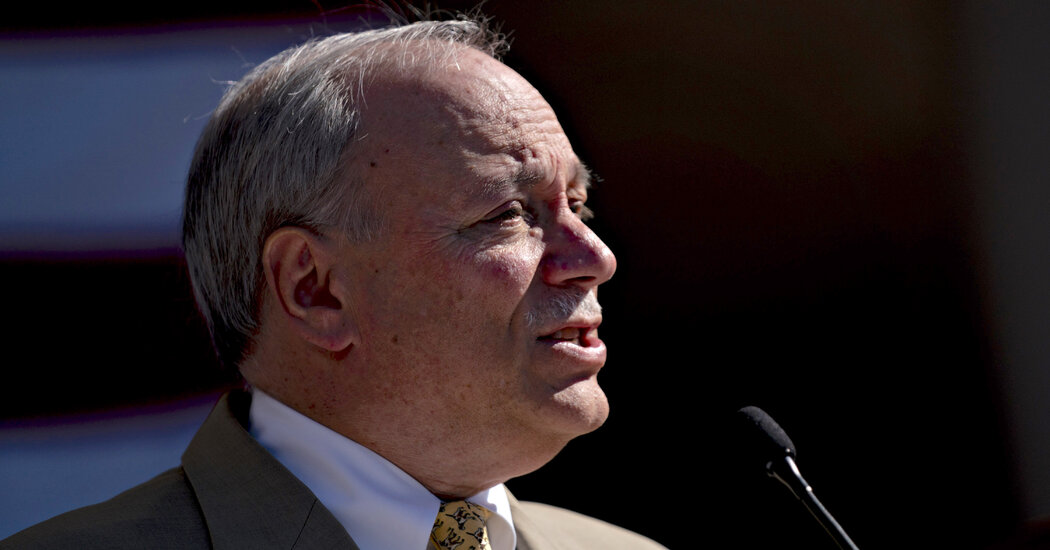 For years, the Labor Department has made a practice of issuing sternly worded news releases calling out companies deemed by its enforcement staff to have violated the law, including rules governing discrimination, worker safety, the minimum wage and overtime.

But the department’s appetite for using that spotlight appears to have waned.

In a Sept. 24 memo, a copy of which was obtained by The New York Times, Deputy Secretary Patrick Pizzella instructed the heads of the department’s enforcement agencies that “absent extraordinary circumstances,” the findings of their agencies “generally should not be the basis” for news releases.

Mr. Pizzella argued that such releases tend to linger prominently in search results about companies and can prove misleading if a citation or other enforcement action “is ultimately found to be unjustified.” He instructed officials responsible for enforcing labor and employment laws to generally refrain from issuing releases until after a matter has reached its conclusion — for example, once a court has issued a judgment or an employer has reached a settlement with the department.

Citations are often issued at roughly the same point in the enforcement process that a prosecutor would bring an indictment in a criminal matter.

The memo may be having some effect already. Since its flurry of releases about citations in mid-September, the Occupational Safety and Health Administration has not issued discrete news releases about particular companies for Covid-related violations, instead providing a weekly summary of proposed penalties with a table listing up to three dozen companies that have recently been cited.

The summaries include little detail about what violations the companies may have committed and no comments from department officials.

News of the memo alarmed some experts in workplace regulation, who see publicizing violations as one of the most cost-effective tools the department has for ensuring compliance with regulations, such as those enforced by OSHA.

“OSHA is a tiny agency, and if it doesn’t amplify the impact of its inspections it will have very little effect on almost every workplace in the United States,” said David Michaels, an epidemiologist who headed the agency under President Barack Obama. “The basis of every inspection is to increase deterrence.”

A Labor Department spokeswoman said, “The departmental memo is part of an effort to take a more thoughtful and deliberative approach that informs the public about bad actors while allowing accused labor unions and employers the opportunity to defend themselves.”

She added that the recent, consolidated announcements of Covid-related violations were a response to the rising number of such citations — “to make it easier for the public to see all of the establishments.”

Dr. Michaels, who now teaches at the George Washington University School of Public Health, is credited for increasing the practice of issuing news releases when he was at the department.

In 2009, he helped make it OSHA policy to put out a news release in any case where the agency had proposed a fine of roughly $40,000 or more. At the time, Dr. Michaels said the purpose was to discourage other employers from running afoul of OSHA rules. Borrowing from an academic literature on the subject, he called the approach “regulation by shaming.”

An article by the Duke University economist Matthew S. Johnson, published this year in The American Economic Review, concluded that the policy had largely achieved its goals. Mr. Johnson found that an OSHA news release led to a more than 70 percent reduction in violations at facilities in the same sector within roughly three miles of the company cited, and a 30 percent reduction in violations at facilities within 30 miles.

According to Mr. Johnson’s analysis, the releases created negative publicity in the local press, mobilizing workers at other companies to increase pressure on employers.

To have the same impact as a single news release through inspections alone, Mr. Johnson estimated, OSHA would need to perform more than 200 additional safety inspections.

After President Trump’s inauguration in 2017, it was unclear if his administration would continue the practice. But after Alexander Acosta, Mr. Trump’s first labor secretary, was sworn in that April, the department largely resumed its publicity strategy, albeit with less frequency.

Under the Obama administration, the news releases “tended to be scathing, inflammatory, embarrassing for the company,” said Eric J. Conn, a lawyer who represents employers in OSHA enforcement actions and follows the department’s releases closely. “There was a lot of, ‘This company made employees choose between their lives and a paycheck, that sort of tone.’”

“What was really surprising to us was when the Trump administration started issuing press releases again, they maintained those D.O.L. and OSHA official quotations,” Mr. Conn added. “They were maybe marginally less inflammatory, but they still followed that same pattern.”

That appeared to continue through the pandemic. In the second week of September, the department issued a series of news releases citing employers for Covid-related violations. Among them was a release about a plant owned by the pork producer Smithfield Foods and a separate release about a plant owned by its fellow meatpacking giant JBS, both of which were cited for “failing to protect employees from exposure to the coronavirus.”

“Employers need to take appropriate actions to protect their workers from the coronavirus,” OSHA’s Denver-area director said in the release about JBS.

Arthur G. Sapper, a lawyer at Ogletree Deakins who represents employers in such matters, said such releases undermined the rule of law.

“Employers spend decades and resources, often in the millions of dollars, to ensure their good name, and they treat their customers well, and they believe they treat employees well,” Mr. Sapper said. “But with one press release issued by a prosecution-minded agency without any review by an impartial observer, all that can be destroyed. And it stays destroyed even if the employer is later vindicated.”

Mr. Sapper said that he was aware of several instances in which citations were thrown out but the employer could not undo the damage caused by OSHA’s news releases. Mr. Conn argued that the department could just as easily wait until the cases were fully resolved before issuing a news release and still have a steady flow of enforcement actions to publicize.

But M. Patricia Smith, the Labor Department’s top lawyer under President Obama from 2010 to 2017, said publicizing the findings of enforcement actions was standard practice across government, including at the Justice Department, where prosecutors routinely publicize charges before any trial or settlement.

She said it was relatively simple for the department to update a news release on its website if the case status changed.

Dr. Michaels said waiting until the legal process runs its course could take years, as deep-pocketed companies contest and appeal. “It will have no effect if it will occur long after the inspection occurs,” he said.

Automakers Are Making Cars, but Virus Surge Puts That at Risk

With tiny turkeys in demand, sellers are getting creative. (One solution: turkey insurance)