In less than a year, the coronavirus has killed more than 220,000 Americans. But even that staggering number downplays the true toll of the pandemic, according to a recent analysis.

Every death represents years of potential life lost, years that might otherwise have been filled with rich memories of family, friends, productivity and joy — trips to the grocery store, late night conversations on the phone, tearful firsts with a newborn baby.

“Think of everything that a person does in a year,” said Stephen Elledge, a geneticist at Harvard. “Who among us would not give anything to have one more year with a parent, a spouse, a son or daughter, a close friend?”

In the new analysis, which has not yet been published in a peer-reviewed scientific journal, Dr. Elledge added up those years. He tabulated the ages of Americans known to have died of Covid-19, and tallied the number of years they might have lived had they reached a typical life expectancy.

His calculations show that the coronavirus has claimed more than 2.5 million years of potential life in the United States since the start of 2020. Nearly half of those years were taken from people under the age of 65.

The numbers, Dr. Elledge said, magnify a dimension of the pandemic’s toll that can’t be captured by absolute deaths alone, and underscore the importance of taming the virus to protect everyone, regardless of age.

“These are everyday people who are dying,” said Dr. Utibe Essien, a physician and health equity researcher at the University of Pittsburgh School of Medicine who was not involved in the analysis. “They’re losing time with their kids, their grandkids, their opportunities to build their futures.” Dr. Essien was one of several experts who reviewed the study at the request of The New York Times.

About 80 percent of the Americans who have died from the coronavirus were over 65. But younger people are still vulnerable to the worst effects of the virus, which, when they prove lethal, can cleave several decades from a life span. 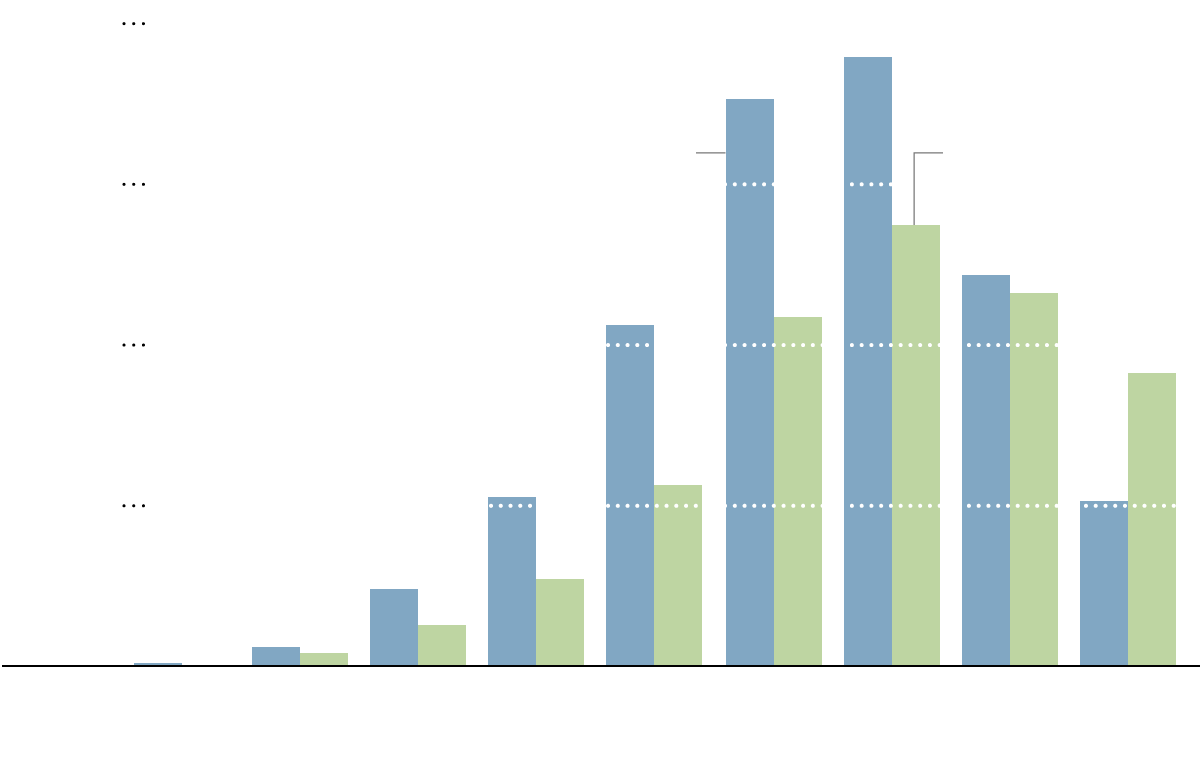 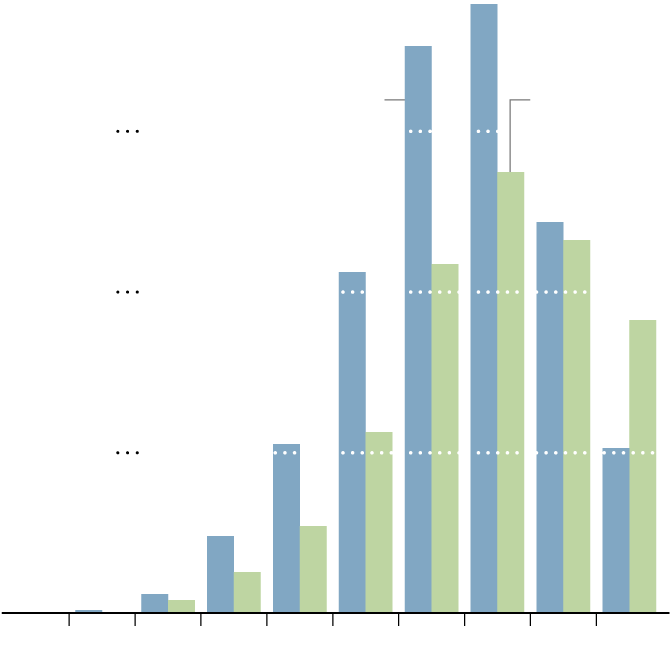 Such statistics have only grown in importance as case numbers and deaths among younger people continue to rise. The pandemic has driven a 26.5 percent jump in excess deaths in people ages 25 to 44 — an increase higher than that of any other age group, according to data released on Tuesday by the Centers for Disease Control and Prevention.

The report comes just days after scientists published a high-profile and discredited declaration arguing that businesses and schools should be quickly opened and that people “who are not vulnerable” to the virus — presumably the young and healthy — should return to “life as normal” while older Americans remain cloistered from the coronavirus.

Although older people account for most of the confirmed deaths related to the coronavirus, “that isn’t the only way to look at it,” Dr. Elledge said.

Limited demographic data have been collected about coronavirus-related deaths, which are challenging to accurately estimate, especially while the pandemic is still underway. But Dr. Elledge was able to put together a tally by pulling data from the C.D.C. website and actuarial records. (The C.D.C.’s total death estimates differ slightly from those of other organizations, including the frequently cited Covid Tracking Project.)

Despite making up only one-fifth of the total recorded deaths related to Covid-19, people under 65 accounted for nearly 1.2 million years of potential life that had been lost to the virus. Older people made up the remaining 1.4 million years in Dr. Elledge’s count.

Since January, the coronavirus has killed about 43,000 Americans under the age of 65, all of them too young to qualify for Medicare. Roughly 2,000 of them were younger than 35, and hundreds had not yet turned 25, too young even to legally rent a car.

“This is humanizing,” said Nadia Abuelezam, an epidemiologist at Boston College who was not involved in the analysis. “It makes it much more about how it could impact my lived experiences, my opportunities, my ability to be around the people I love.”

Still, life-years is only one metric by which to measure loss, said Ayesha Mahmud, a health demographer and epidemiologist at the University of California, Berkeley, who was not involved in the analysis. Dr. Mahmud stressed the importance of not undervaluing the lives of older people simply because they might have fewer potential years left — a mind-set that can disadvantage older populations and minimize their disease burden.

Several other researchers have published similar observations on the number of years of potential life eliminated by the pandemic.

Every new analysis can serve as an important reminder of the staggering pace at which the coronavirus has torn through the nation, Dr. Mahmud said. “For me, what’s striking is that this has happened in such a short period of time,” she said.

Even losses enumerated by life-years do not represent the full costs exacted by the pandemic, said Maimuna Majumder, an epidemiologist at Boston Children’s Hospital and Harvard Medical School who was not involved in the analysis. Researchers still do not fully understand the long-term repercussions of a coronavirus infection, which can throw the body into flux for months, perhaps longer, often with debilitating symptoms.

Deaths are also not distributed uniformly across the population. Age is certainly one factor that can influence an individual’s risk. Dr. Elledge’s analysis also showed that men, who tend to fare worse against the coronavirus, had lost more potential years of life than women.

People with certain health conditions, including obesity, diabetes and heart disease, are also more likely to become seriously sick if they catch the virus. (Some of these underlying conditions can also reduce life expectancy; Dr. Elledge noted that his analysis was unable to account for this, and that the number of life-years lost in certain cases might have been artificially inflated.)

The pandemic has also had a disproportionate impact on Black, Latino, Indigenous and Native people, who are more likely to contract the coronavirus, and to become severely sick and die once an infection sets in. Roughly one in 920 Black Americans has died from the coronavirus, compared with one in 1,840 white Americans, according to one analysis. Another recent assessment found that the pandemic has more severely reduced life expectancies among Black and Latino populations, compared with their white neighbors. Black Americans already have lower life expectancies than white Americans.

Dr. Elledge’s analysis did not break down potential life-years lost by race and ethnicity, although he said he planned to investigate. Some of these calculations were tackled by another assessment, published in June, which focused on younger Americans who had died from the virus, and added up the number of years they might have lived had they reached age 65.

The June analysis found that, at the time, younger Americans who identified as Black and Latino had lost roughly 94,000 years of life to the coronavirus. Younger white Americans, who account for a far larger share of the U.S. population, had lost about 33,000.

A Life Full of Meaning

If You See Someone Not Wearing a Mask, Do You Say Something?