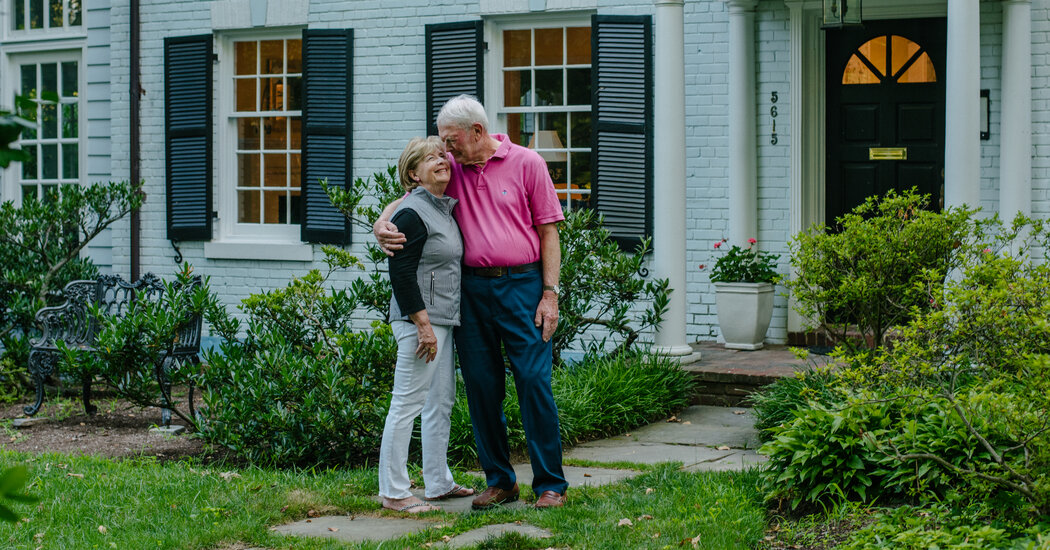 What to do about Lake Placid?

For weeks, Dave and Nancy Nathan had been debating whether to proceed with a long-planned family trip to a lodge there next month, marking his 80th birthday.

“It looked dreamy, mountains and lakes,” said Nancy, 74. Besides, they hadn’t gathered their clan — three daughters and their families, a dozen people in all — for a year. She thought she and Dave could manage the drive from their home in Bethesda, Md., to upstate New York.

He wasn’t so sure.

Both retirees, they’d been cautious through the pandemic, mindful that while neither had health conditions that would make Covid-19 especially dangerous, age alone put them at higher risk. They had avoided supermarkets, relying on grocery delivery services and take out food. Dave wore gloves on the tennis court.

“I’ve been dubious about travel,” he said. “I have no need to be more daring.” Worried, too, about the family members flying from Oregon and Florida for his birthday, he called himself Dr. No.

“It’s not fun for him, or anyone, if he’s always looking over his shoulder,” Nancy said, sympathizing. Still, she hoped they could go.

Early on in the pandemic, most public health officials warned older adults to simply stay at home, except to buy food or medicine or exercise outdoors apart from others. Now, with states and cities reopening (and some re-closing) at varying paces, the calculations grow steadily more complicated.

“Lots of people are really agonizing about what to do and whom to have faith in,” said Dr. William Schaffner, an infectious disease specialist at Vanderbilt University.

The Centers for Disease Control and Prevention has reported, based on March data, that Covid-19 hospitalizations rise with age, from about 12 per 100,000 people among those 65 to 74 years old to 17 per 100,000 for those over 85. And a large study from England has reported that patients over 80 are at least 20 times more likely to die than those in their 50s.

While the risk of contracting the new coronavirus appears no higher for people over 65, “once you get an infection, the virus is much nastier,” said Dr. Schaffner, an older adult himself.

“Even if we recover, there’s the possibility that we never get back to the same level of physical and mental competence we had,” he added.

Given that prospect, do you get a haircut? Dr. Schaffner has decided he will, wearing a surgical mask and knowing his longtime stylist will take “meticulous” precautions.

The Nathans’ book group has been meeting on Zoom. Can the four couples now meet in a back yard? The members agreed, as long as everyone distanced.

“The least risky thing is to stay home, lock the door and seal yourself in Saran Wrap,” Dr. Schaffner said.

Though he was being sardonic, economists at M.I.T. came close to endorsing that strategy (minus the plastic wrap) in a recent paper suggesting age-targeted lockdowns. They proposed protecting people over 65 by having them isolate for an estimated 18 months until a vaccine becomes available; younger people, facing less health risk, would return to work.

“We could have both way fewer deaths and way less economic pain,” said Michael Whinston, a co-author. In March, when he and three colleagues developed their model, they wanted to avert two extreme prospects: a projected 2 million American deaths if the country didn’t shut down; economic devastation, if it did.

But their approach also assumes that older adults’ only interest lies in not dying.

“We have to find a balance between preserving safety and living,” said Dr. Linda Fried, a geriatrician and the dean of the Mailman School of Public Health at Columbia University. “We all need to do some things to maintain our mental health and well-being.”

“It’s immensely atypical, I believe unprecedented, that we’re not seeing this,” she said. Without that leadership, seniors confront a crazy quilt of changing state and local policies, and “everyone’s on their own.”

“If you’re a vibrant older person without chronic illnesses, you’re probably a little more resilient,” said Dr. Fried, quickly adding that “there are no guarantees.”

A calculator developed by researchers at the Cleveland Clinic may provide a clearer sense of individual risk.

Geography matters too. Older people in New Hampshire or Maine — where new cases were falling last week — may reasonably opt for less restrictive behavior than those in Florida and Arizona, where Covid has been surging. Pay attention to which counties are seeing cases rise and which are doing a good job at observing guidelines.)

“You base what you do on where you are,” said Dr. Nathaniel Hupert, the co-director of the Institute for Disease and Disaster Preparedness at Weill Cornell Medicine, who advises New York State’s Covid task force.

Personal calculations also include what seems most important. Dr. Schaffner and his wife visited her son, daughter-in-law and two grandchildren recently for the first time in months. They sat indoors for two hours — Nashville was too hot for outside socializing — wearing masks, sitting apart, not eating or drinking. But they’re nixing restaurants for now, along with their annual summer trip to Florida.

Even with individual decisions, the basic precautions that public health leaders have urged on everyone, old and young, still apply. Wearing masks in public, maintaining at least six feet of distance from others, avoiding crowds, washing hands — all help protect oneself and others.

Outdoor activities are safer, but “if you have to be indoors, open a window or crack a door,” Dr. Hupert said. “Even a small change in the seal of a room dramatically changes the way aerosols travel and land.”

He also urges his older patients to stay up-to-date on recommended vaccinations, which appear to boost immune responses against illnesses beyond those for which they’re intended. “A whole host of changes in the body potentially can benefit you for months by ramping up the body’s response to viral diseases,” Dr. Hupert said.

Older people I spoke with talked about developing individual strategies. Going places early, before crowds develop. Reserving an establishment’s first appointment of the day. Bringing their own plates, cutlery and drinks to distanced outdoor dinners.

Dr. Schaffner advocates discussing ground rules before issuing or accepting invitations, “so you don’t have to make a decision on the fly.” Call beforehand to ask about a funeral/barbecue/birthday party. Will it be indoor or outdoors? Is there room to distance? Will participants wear masks? If you don’t like the answers, you may elect to meet more safely another time.

In the end, the Nathans abandoned their Lake Placid plans. Why push it, Nancy said, “if the birthday boy doesn’t want to go.”

But she’s holding onto airline and hotel reservations for a September trip to London. It may not come off — two of three shows she booked have already canceled performances — but “I have two months to daydream about it.”

A Life Full of Meaning

When My Dad Turned Off the Internet

Don’t Like What You See on Zoom? Get a Face-Lift and Join the Crowd.