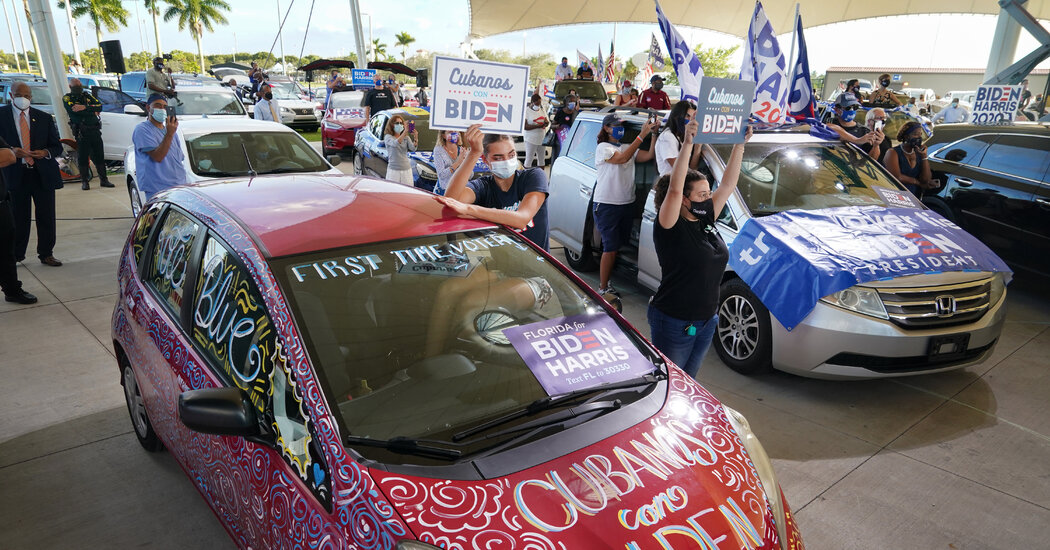 The universe of misinformation is not just widespread and vast. It is also bilingual.

For several months, researchers and Democrats have worried increasingly about misinformation in Spanish being spread through social media, talk radio and print publications that target Latino voters.

The problem has been particularly acute in South Florida, where a worrying loop of misinformation has gone from social media to mainstream and back again.

Some of the most insidious messages have tried to pit Latinos against supporters of Black Lives Matter, by using racist language and tropes. But the distortions hardly stop there.

Other news outlets have reported on the phenomenon in recent weeks, and taken together, the reports paint a picture of just how deep and wide the misinformation has spread.

Last month, Politico published an article examining efforts to paint the billionaire Democratic fund-raiser George Soros as the director of “deep state” operations and exploring anti-Black and anti-Semitic efforts that have spread across Spanish-language channels in the Miami area. A local Univision station soon followed with its own article.

A Florida public radio station found that conservative elected officials in Colombia were also helping to push the false idea that Joseph R. Biden Jr. is a clone of left-wing dictators in Latin America, such as Hugo Chávez.

This week, an article in the Boston Globe looked at how the spread of misinformation has driven a wedge between many younger Latino voters and their parents.

It is still too early to tell just what impact, if any, the misinformation is having on who shows up to the polls and who they vote for. But many experts worry that the efforts will only increase in the final days of the campaign, in an attempt to suppress the votes of some Latinos. Understanding how the misinformation spreads in any language could prove key in interpreting the election’s results.

A Bible Burning, a Russian News Agency and a Story Too Good to Check Out

Schools Clamored for Seesaw. That Was the Good News, and the Bad News.

A Chinese Billionaire Is Barred From Spending Over Unpaid Debts