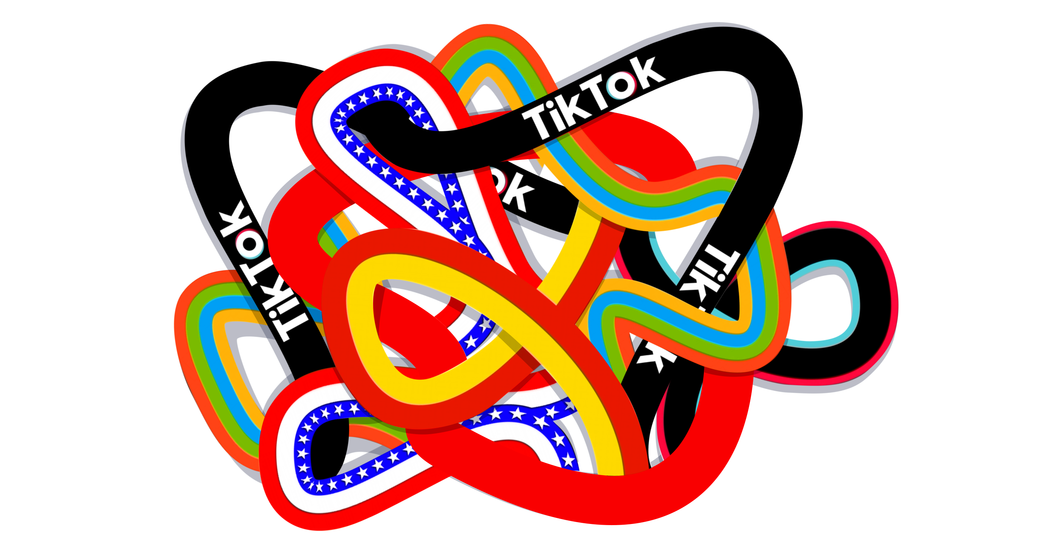 Behind the mess over TikTok were profound questions for Americans: What should we do about technology companies that can influence our understanding of the world — whether it’s TikTok or Facebook? And what should the United States do about a future in which technology is becoming less American?

The future of TikTok might be — maybe! — close to a resolution, but those important questions remain untouched. We learned nothing from this big, ugly drama.

Because there’s not much daylight between corporations and the state in China, some American officials worried that TikTok could become a way for China’s government to gather information about Americans or spread a Chinese-friendly view to the world. ByteDance has said it acted independently from China’s government.

In the last few months, the U.S. government seemed to decide that TikTok must either sell its U.S. operations to an American company and untangle itself from China, or shut down in the United States. This ordeal became strange, political and confusing.

And then over the weekend it got stranger. Microsoft, which seemed like the likeliest new American owner for TikTok, said ByteDance turned it down. China’s government might have been behind this decision.

It looks like Oracle, another American tech company, is going to step in as a red, white and blue partner for TikTok. It’s not clear how this Oracle arrangement will work, but the U.S. treasury secretary on Monday gave his qualified support for the deal.

For now it seems that TikTok’s data on Americans will run over Oracle’s computers — Oracle will be a hall monitor, presumably giving TikTok a buffer from China.

If this is the outcome for TikTok, I’m not sure this resolved any of the concerns about its links to China. TikTok will still be owned at least in part by a Chinese company, so the possibility of Chinese government interference remains.

Even more, this whole ordeal feels like a wasted opportunity to tackle big-picture questions that go far beyond this one app.

One significant feature of TikTok is software that decides to show me videos about tortoises, and someone else videos filled with conspiracies. This personalized software makes TikTok engaging, but it also gives the company enormous influence over what we see and ultimately what many people believe.

Secret software formulas derived from databases of our behavior also drive Facebook, Google and many other internet companies. It appears that nowhere in the political fighting about TikTok did anyone in the U.S. government or industry take the opportunity to ask what should U.S. lawmakers, regulators and the public do about this software power of persuasion.

(I don’t want to take this equivalence too far. Americans understandably might be more concerned about a Chinese company helping shape people’s views than an American one like Facebook or Google.)

Anxiety about TikTok — and Huawei, the Chinese company that is increasingly building the backbone of the world’s internet and mobile phone networks — also boiled down to another big question: After a half century of American technology and corporations ruling the world, what should the U.S. government do about important technology coming from other countries, particularly those that we believe have values contrary to our own?

Can and should the United States try to wall off technology that doesn’t respect borders? Maybe the U.S. government should be investing more in developing homegrown technology — something it didn’t do years ago in telecommunications tech, arguably setting the stage for Huawei to dominate this area.

The fight about TikTok wasn’t only about TikTok. It should have been a moment for engaged debate about what Americans should expect out of our technology and our government. Instead, the big questions went unasked and unanswered.

Tip of the week

Brian X. Chen, the consumer technology columnist for The New York Times, explains what the next generation of wireless internet technology called 5G will mean for us. Read this before you buy a new smartphone that you think is “faster.”

Phone companies like AT&T have done a poor job explaining what 5G can do — and what it can’t do. It’s not as simple as “5G is faster” because there are different types of the technology, and some phones will work with only some variations.

The ultrafast type of 5G known as “millimeter wave” is like rocky road.

Data moves around on rocky road so fast that you could download a movie on your phone in seconds. But rocky road can travel only short distances, covering a park but not a whole city.

Millimeter wave also has trouble penetrating walls in your home or other obstacles.

Because of these limitations, most Americans won’t have rocky road available soon, if ever.

Instead, this year our cellular networks will broadly shift to a less exciting version of 5G. Think of it as vanilla 5G.

Vanilla 5G will surf the internet slightly faster — like 20 percent faster — than current cellphone networks. The main benefit will be less lag time, known as latency. In theory, when you do a web search on your phone using this, the results should load after a few milliseconds rather than hundreds of milliseconds.

AT&T and Verizon say their 5G networks, which will be mostly vanilla 5G with small scoops of rocky road, should be activated nationwide this year. T-Mobile, which put a priority on vanilla, said its 5G network was available nationwide last year.

Technologists say that in the long run, 5G will enable self-driving cars and virtual reality. For now, you and your smartphone probably won’t be blown away by it.

Please admire Lancelot, the young heron who couldn’t fly very well or care for himself and needed some human help.

Google Virus Apps Give it Way to Access Location Data

U.K. Bars Huawei for 5G as Tech Battle Between China and the West Escalates

ByteDance’s Need for a TikTok-Oracle Deal: China is Slowing