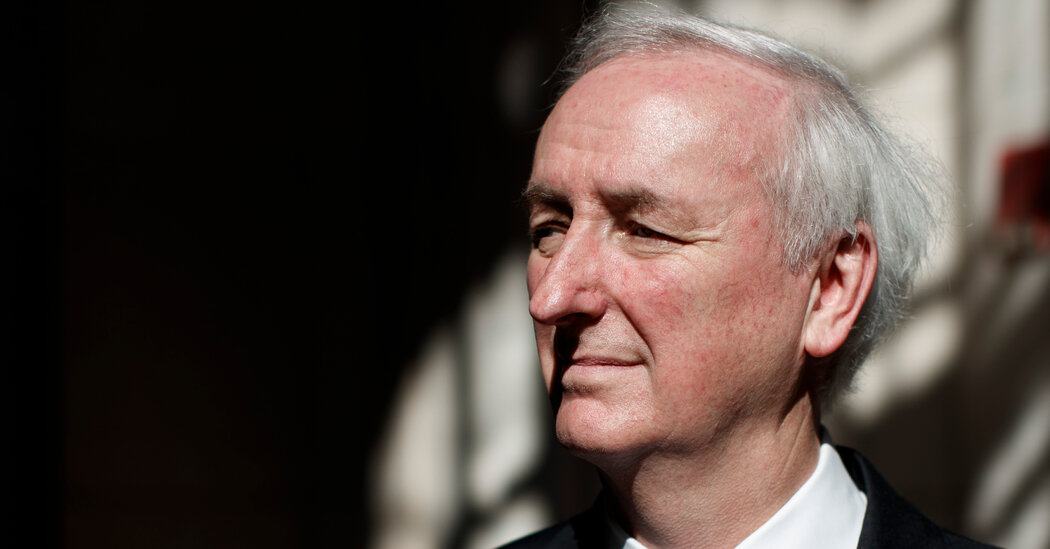 Jeffrey A. Rosen, the deputy attorney general, wouldn’t normally oversee an antitrust investigation into Google. It would usually fall to the head of the Justice Department’s antitrust division. But that official, Makan Delrahim, recused himself because the company is a former legal client.

So Mr. Rosen took the lead on the investigation, and on Tuesday he announced the Department of Justice’s lawsuit against Google, which accuses the company of illegally protecting its monopoly over search and search advertising. It isn’t Mr. Rosen’s first major antitrust case against a tech company: He represented Netscape in the government’s suit against Microsoft two decades ago.

In a 25-minute interview on Wednesday, Mr. Rosen, 62, talked about some of Google’s counterarguments and the parallels between the Google and Microsoft cases. The interview has been edited for length and clarity.

Google is marshaling its army of lawyers and lobbyists and is willing to dip deep into its massive cash pile to kill your lawsuit. What’s your strategy to go up against one of the most powerful and valuable companies in the world?

We fully anticipated that they would have a team of highly qualified and very capable people. But we also have a significant stream of very qualified people who are also very capable. We understood that’s how big antitrust cases go, and we’ve prepared with that thought in mind. Both sides bring resources to bear.

Is there an opportunity for the D.O.J. to broaden the case or join up with state attorneys general?

Wouldn’t rule out any of that.

Google has said its contracts to be the default search engine on Apple’s iPhones, a central issue in the case, are comparable to Coke buying premium shelf space on the grocery aisle. There are other options in the drinks aisle, the argument goes, and so this is not anticompetitive. Do you think that’s an appropriate analogy?

I’d say a couple things. One is the antitrust laws, in terms of what is permissible and acceptable, vary depending on whether you have monopoly power or not. So it might be true that there are things to do in the distribution realm when you have small market share.

Another thought I’d share is if we talked about shelf space apropos of a monopoly situation, it’s very different if you are trying to acquire space in a large store than if you are acquiring all shelves and telling other people theirs can only be displayed behind other products.

What about consumers? Google says that consumers are happy with their technology and that these contracts with Apple and other partners, like wireless carriers, make phones and other products affordable.

If you look at past big Section 2 monopoly cases, the monopolist almost always says that. [Section 2 of the Sherman Antitrust Act of 1890 covers the illegal practice of maintaining a monopoly through anticompetitive and exclusionary means.] If you go back to AT&T before its breakup, AT&T’s argument was consumers really like our phone service and there’s no one complaining about it. As it turns out, consumers wound up much better off after the resolution of that case, both with technology and innovation that improved.

In a law conference speech you gave in November 2019, you noted that Microsoft made similar arguments. What lessons did you learn from participating in this case and that you brought to this case?

The most important thing from a standpoint of a government authority is to try to ensure there is a full and fair opportunity for innovation. For competitors — new competitors and others — to innovate so consumers are better off by innovations that occur and opportunity to have more choice.

I can say we thought about it because I think it’s a responsible part of the process to have some things planned, but we don’t want to put the cart before the horse. Need to present the case.

Politics have surrounded this case. How are you going to navigate this case through the court with the political cloud around it?

Look at the reaction to the case. There were people from very different parts of the political spectrum — from Jerry Nadler and David Cicilline to Josh Hawley and Mike Lee in the Senate — that came out in support. [Mr. Nadler and Mr. Cicilline are House Democrats, and Mr. Hawley and Mr. Lee are Republicans.] At the end of the day, it doesn’t matter what politicians say. It matters what the facts and the economic analysis and the law are. That guides our decisions.

There were some within the D.O.J., and outside the agency, who have said the case was rushed. And that the case presented yesterday doesn’t have a smoking gun. How would you respond?

It was not a rush. It was investigated for more than a year. But it’s fair to say there will very likely be more discovery both sides will do in the litigation. So it’s not the end of the road on that side of things.

Return of the King: Ninja, a Video Game Star, Goes Back to Twitch

Health Care Comes to Us