Facebook Twitter Google+ LinkedIn WhatsApp Telegram Share via Email Print
The series finale of the CW’s “Supernatural” aired on Thursday and brought to a satisfying close the story of two monster-hunting brothers whose story was told over 15 seasons.
In many ways, the end of Sam (Jared Padalecki) and Dean’s (Jensen Ackles) stories were what they would have picked for themselves back in season 1, but ones that never would have been possible had they not gone on 15 years’ worth of adventures.
The emotional final episode began with the brothers enjoying the spoils of saving the world one last time in the penultimate episode. They live a pleasant, ordinary existence inside the bunker with some hunting (and pie!) sprinkled in.
Then, Dean picks up on a case that gets them back on the road and hunting down a kidnapping ring of masked vampires, among them a character, Jenny (Christine Chatelain), from the show’s first season. 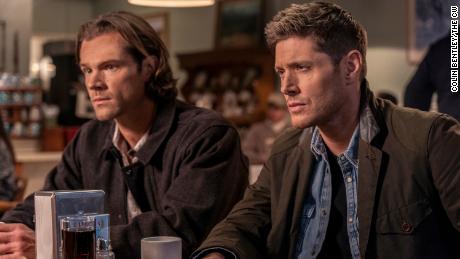 There was tension during the fight because there was something so ordinary about the moment. Viewers have seen Sam and Dean come out of more precarious fights unscathed, but knowing this was the final episode, there was an air of looming doom at every familiar-seeming moment.
Indeed, this fight proves to be Dean Winchester’s final battle.
In his final rumble with a vampire, he gets pushed against a wooden post and impaled by a metal rod. Dean immediately knows the situation is grave.
As Dean says at one point, we always knew it’d end this way. But it didn’t make it any easier to watch the brothers say their final goodbyes. Again, that’s something viewers had seen before, considering the show has liberally killed its leads multiple times throughout the series. This time, we knew — and Dean and Sam knew — that this was it.
In this scene, the show delivered a farewell exchange worthy of those who watched loyally for a decade and a half. There was a callback to the pilot (when Dean showed up on his brother’s doorstep and asked him for help), a reference to all the times the characters had found ways out of fatal situations and, most importantly, meaningful closure.
When Sam claims that he can’t go on hunting without his older brother, Dean assures him.
“Well, I don’t want to,” Sam replies. 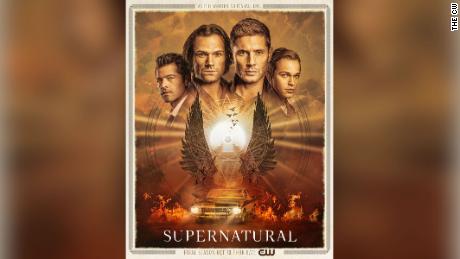 “Hey, I’m not leaving you,” Dean says. “I’m gonna be with you. Right here. Every day. Every day you’re out there and living and you’re fighting — because you always keep fighting, you hear me? I’ll be there. Every step.” (“Always keep fighting” is a mantra adopted by the show’s stars and fans in an effort to spotlight mental health issues and encourage wellness.)
At another point, Dean tells Sam: “We had one hell of a ride, man.”
For Dean, that ride ends in that vampire nest, but continues in a heavenly manner.
In heaven, Dean meets up with Bobby (Jim Beaver), who explains to him that heaven is now “what it always should have been.”
“Everyone happy. Everyone together,” he tells Dean as they sit outside Harvelle’s Roadhouse and Dean’s beloved car, Baby, sits feet away.
Bobby tells Dean that their parents live down the road, and Rufus (Steven Williams) also lives nearby.
“It ain’t just heaven, Dean. It’s the heaven you deserve,” Bobby says. 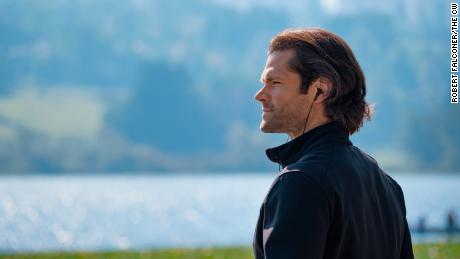 It’s also the heaven Dean and Sam have earned. The fabric of human life and afterlife were, at many times, the very things Dean and Sam gave their blood, sweat, lives and tears to save. It was only fitting they enjoy the spoils at the end of it all.
Yes, Sam, too, would meet Dean in heaven but not for some time.
Sam’s story carries on for years after. He has a son named Dean and dies as an old man with his son by his side. In other words, the guy who had seemingly accepted that a normal life was out of reach, saw it come to be.
In heaven, Sam and Dean reunite on a bridge.
“Hey, Sammy,” Dean welcomes him.
This may not have been the finale “Supernatural” would have made had it been produced in non-pandemic times. (One can assume there would have been more cameos, for example.) It is one, however, that delivered on the promise of the show’s musical anthem, “Carry on Wayward Son” by Kansas — “There’ll be peace when you are done.”
Facebook Twitter Google+ LinkedIn Tumblr Reddit Pocket WhatsApp Telegram Share via Email Print

America has an ‘unsettling’ love affair with gangsters. ‘Fargo’s’ cast is no different