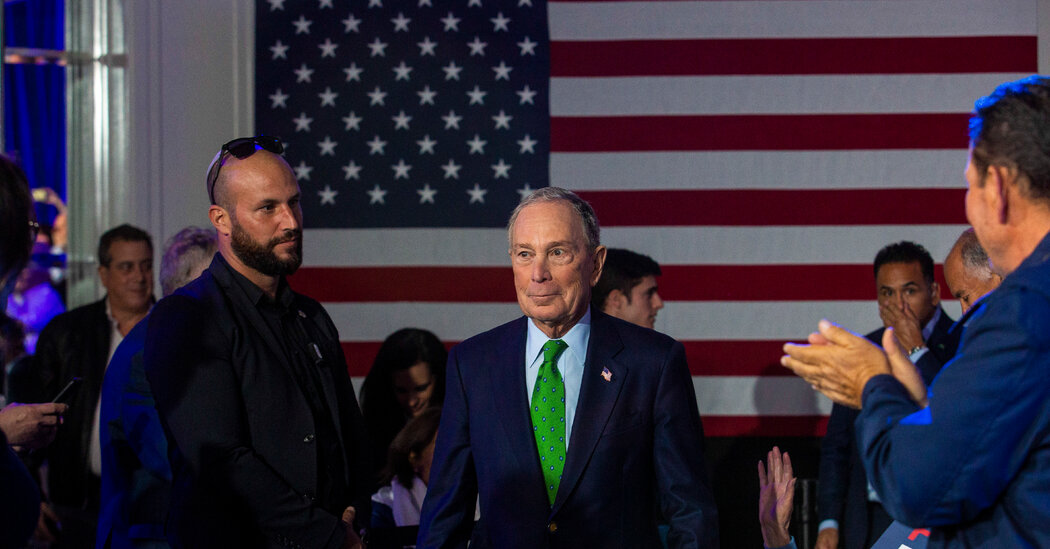 A fund created to help former felons in Florida pay back court fines and fees so that they may become eligible to vote has seen a huge burst in support ahead of the state’s Oct. 5 registration deadline.

The Florida Rights Restoration Coalition, which runs the fund, said on Tuesday that it had raised more than $20 million toward its $25 million goal.

Most of the money has come in since Sept. 11, when the U.S. Court of Appeals for the 11th Circuit upheld a Florida law that leaves former felons disenfranchised unless they repay outstanding legal debts. A lower court had previously ruled that the law was unconstitutional because it amounted to a poll tax.

“When we got news of the ruling from the 11th Circuit, a clarion call was sent out throughout the entire country,” Desmond Meade, the executive director of the coalition, said in an interview.

Michael R. Bloomberg, the billionaire former New York mayor who ran in this year’s Democratic presidential primary, tapped his network to raise the bulk of the money — $16 million, none of it which came from Mr. Bloomberg himself, according to an aide to Mr. Bloomberg. He has vowed separately to spend $100 million in Florida to help Joseph R. Biden Jr. win the state.

Among the celebrities involved in the effort have been the musician John Legend, the basketball stars LeBron James and Michael Jordan, and the director Steven Spielberg, the coalition said in a statement.

At the time of the appeals court’s ruling 11 days ago, the fund had raised about $4 million and helped more than 4,000 people. Each applicant has received about $1,000 in assistance, according to the coalition, which means $25 million could help some 25,000 former felons.

In all, the coalition said, it has received contributions from about 44,000 donors.

There are at least one million former felons in Florida, and nearly three-quarters owe some sort of court debt, a study by a University of Florida professor found. Most are too poor to pay.

Judge Barbara Lagoa, one of the people whom President Trump is considering to replace Justice Ruth Bader Ginsburg on the Supreme Court, voted with the 6-4 majority upholding the law requiring the payment of court fines and fees.

A New Clash Over Mail Voting: The Cost of the Postage