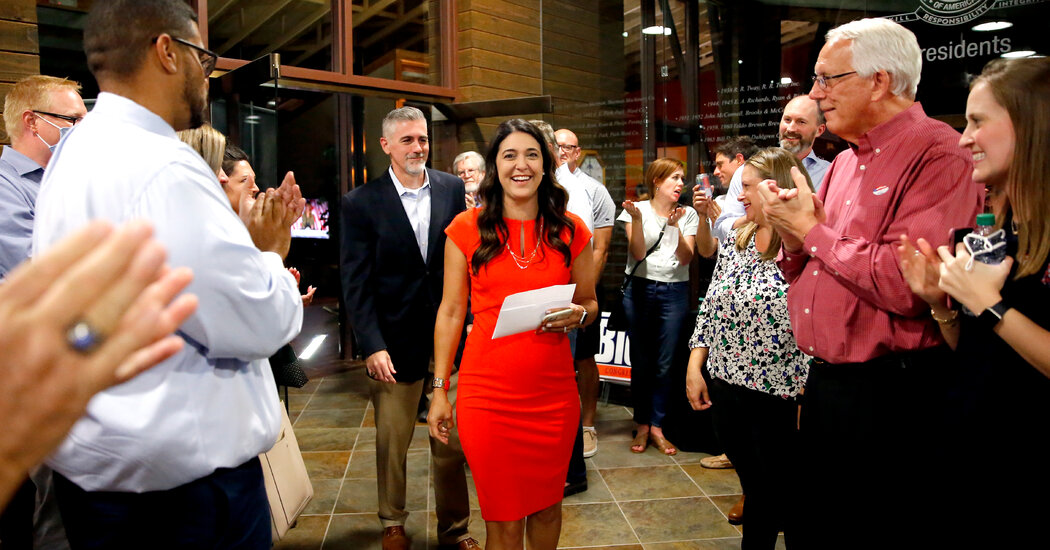 Ms. Horn was perhaps the most surprising victor in the 2018 elections, winning by just over 3,300 votes and flipping the seat for the first time since the 1970s.

Nine Republicans had sought the chance to challenge Ms. Horn, sending the race into a runoff. Ms. Bice defeated Terry Neese, an entrepreneur who had closely tied herself to President Trump, for the chance at the seat.

“Kendra Horn promised to be a moderate but has been nothing but a rubber stamp for Nancy Pelosi and the socialist agenda of House Democrats,” said Representative Tom Emmer, the chair of the House Republican campaign arm. “Horn will be rejected by voters in November and I look forward to welcoming Stephanie to Congress.”

Representative Cheri Bustos of Illinois, the chairwoman of the House Democratic campaign arm, said that she had no doubt that Ms. Horn would be re-elected.

“Representative Kendra Horn has proven to be an effective leader for her community, working tirelessly to lower the cost of prescription drugs and get Oklahomans back to work safely,” she said.

The race is considered a tossup by most political handicappers, including the Cook Political Report.

What to Watch for at R.N.C.: Two of Trump’s Most Faithful Allies Will Headline

In Trumpworld, the Grown-Ups in the Room All Left, and Got Book Deals

As Trump Calls for Schools to Fully Reopen, His Son’s School Says It Will Not