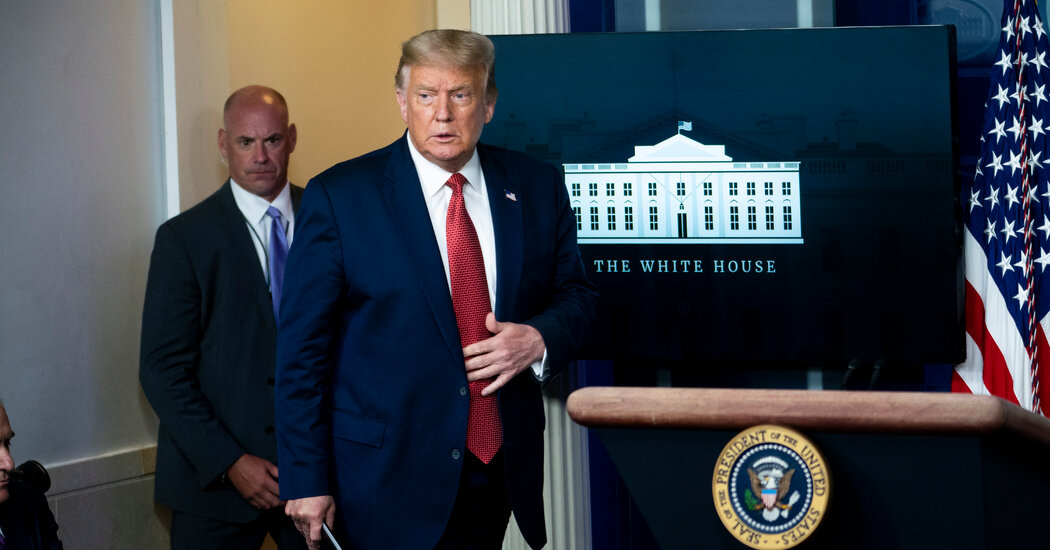 After repeatedly throwing a wrench into plans for the Republican National Convention this summer, Mr. Trump on Monday tried to offer something tantalizing about the upcoming gathering, saying that his renomination speech would take place either at the White House or the Civil War battlefield in Gettysburg, Pa.

It was perhaps a predictable move by the first president to be credited as an executive producer of a network reality show while sitting in office.

But whether Mr. Trump will actually deliver a nationally televised address in Gettysburg — the site of the Civil War’s bloodiest battle, a place memorialized in 1863 by Abraham Lincoln as hallowed ground — remains an open question.

The battlefield, where Mr. Trump gave an indoor campaign speech in 2016, is federal property run by the National Park Service. This presents the same ethical conundrums his re-election team will face if the president delivers the speech from the South Lawn of the White House.

In private, Mr. Trump has expressed to aides more interest in delivering his address at the White House, in part because of the ease of arranging the speech, set for Aug. 27, in a short time frame.

The president is not subject to the Hatch Act, a Depression-era law that prohibits federal employees from engaging in political activities while on the job. But everyone who works for him is. By delivering a speech with the Gettysburg battlefield as a backdrop, experts said, Mr. Trump would risk putting park rangers and other park employees at risk of a violation.