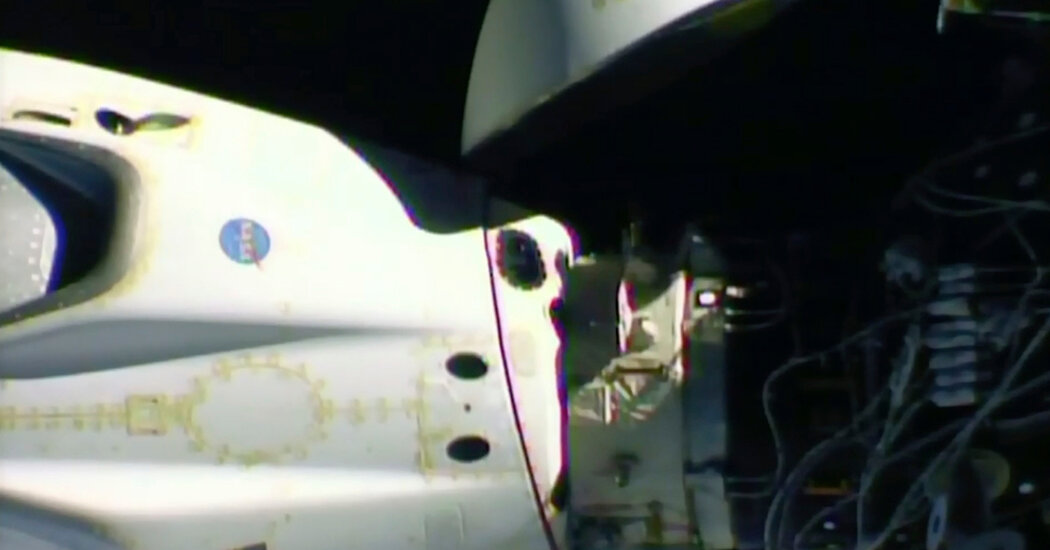 The first astronaut trip to orbit by a private company is coming to an end. The passengers are two NASA astronauts — Robert L. Behnken and Douglas G. Hurley — but it could be a first step to more people going to space for a variety of new activities like sightseeing, corporate research and satellite repair.

This flight of the Crew Dragon capsule is being operated by SpaceX, the rocket company started by Elon Musk, as part of NASA’s efforts to turn over to private enterprise some things it used to do.

NASA has hired two companies — SpaceX and Boeing — to provide transportation of astronauts to and from the International Space Station, and SpaceX was the first to be ready to take astronauts to orbit, launching Mr. Behnken and Mr. Hurley in May.

The capsule and its passengers will land in the Gulf of Mexico off Pensacola, Fla., on Sunday. Splashdown is scheduled for 2:48 p.m. Eastern time.

How can I watch the return of the astronauts?

NASA Television’s coverage will continue through splashdown. You can watch it in the video player below.

What have the astronauts been doing since they undocked?

Following a series of thruster firings to put the spacecraft on track with the landing site, the astronauts’ schedule included a full night of rest.

Any return journey that exceeds six hours has to be long enough for the crew to get some sleep between undocking and splashdown, Daniel Huot, a NASA spokesman, said in an email.

Otherwise, because of the extended process that leads up to undocking, the crew would end up working more than 20 hours straight, “which is not safe for dynamic operations like water splashdown and recovery,” Mr. Huot said.

The Romans Called it ‘Alexandrian Glass.’ Where Was It Really From?

Konrad Steffen, Who Sounded Alarm on Greenland Ice, Dies at 68