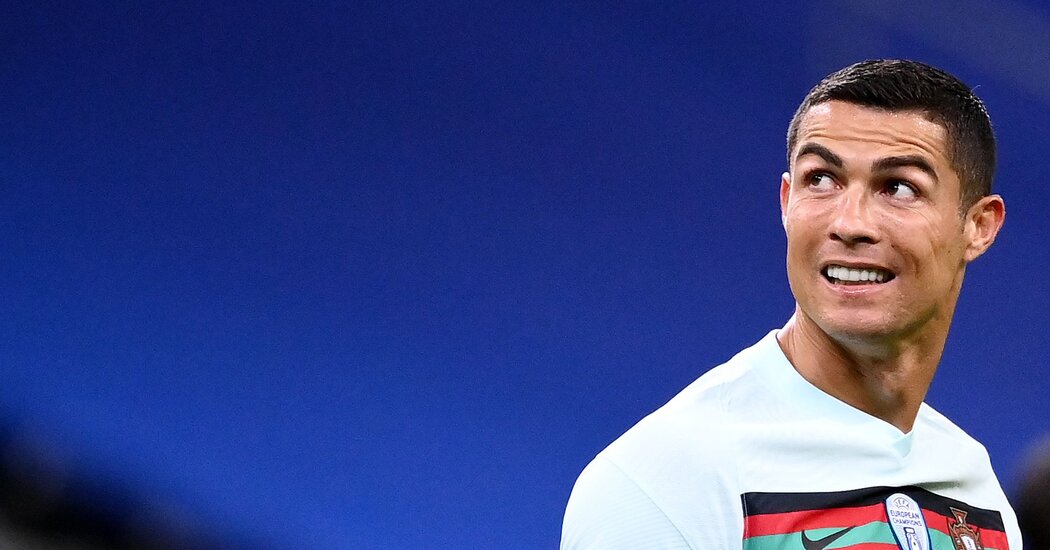 Cristiano Ronaldo, one of soccer’s biggest stars and among the world’s most famous athletes, has tested positive for the coronavirus, Portugal’s soccer federation announced Tuesday.

Ronaldo, 35, was removed from Portugal’s training camp in Lisbon and will miss his country’s Nations Cup game Wednesday against Sweden, the federation said. The team said Ronaldo was not displaying symptoms of Covid-19, and was in isolation.

Ronaldo played for Portugal in a friendly against Spain last week and in a scoreless Nations League draw against France on Sunday. On Monday, he posted a photo of himself dining with his smiling teammates on his social media accounts.

“United on and off the field,” the caption read.

Ronaldo, who plays for the Italian club Juventus, had been spared infection earlier this year when the virus swept through his team and the Italian league system. At least three Juventus players — Paulo Dybala, Daniele Rugani and Blaise Matuidi — tested positive in the first wave of cases earlier this year.

But Ronaldo is not the first soccer star to test positive this fall as Europe’s top leagues start their new seasons. The Manchester United midfielder Paul Pogba was found to be positive when he turned up for a training camp with France’s national team in August, weeks after the Brazilian star Neymar and two of his teammates at the French club Paris St.-Germain are believed to have caught the virus during a postseason vacation in Spain.

While many of Europe’s top leagues were able to resume their seasons after pausing play for several months during the height of the pandemic this spring, the coronavirus remains a threat. Liverpool, the reigning champion of England’s Premier League, has had several players test positive in recent weeks. Forward Xherdan Shaqiri was the most recent, though his test result was later reclassified as a false positive. It followed earlier cases involving Thiago Alcantara and Sadio Mané.

But in the top league in the United States, Major League Soccer, several games have been postponed or rescheduled this year after players or staff members tested positive. On Monday, the league announced that it had postponed the next three matches involving the Colorado Rapids after an outbreak on that team.

M.L.S. said the team had not recorded any new cases, but that the decision to postpone the games “was made based on the total number of current cases and in consultation with the Colorado Department of Public Health and Environment.”

Baseball in Middle America: Fans Are In, Autographs Are Out

He Needed to Train. David Duchovny’s Pool Was Out There.

Miami Marlins Will Halt Play Through Sunday After Outbreak