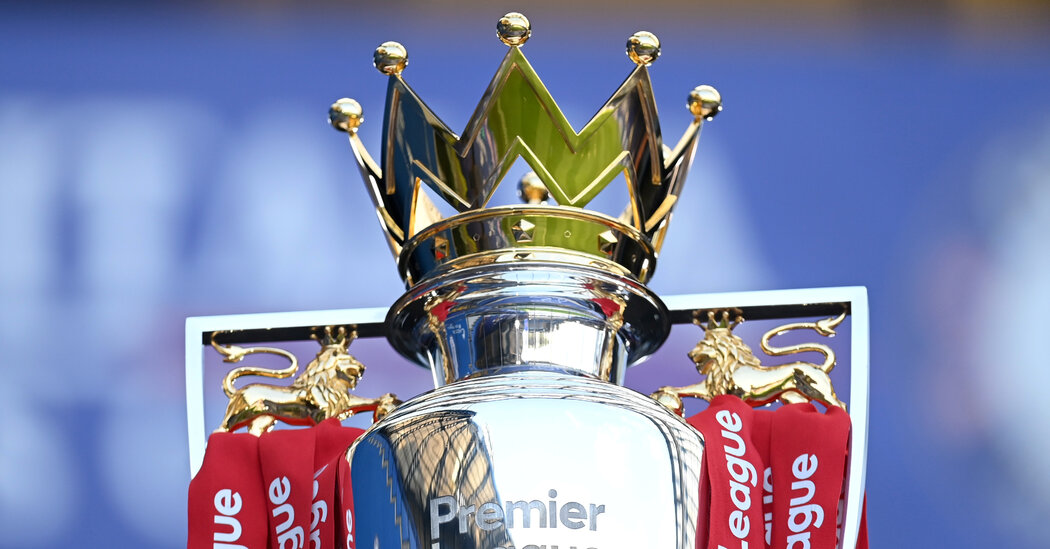 LONDON — Less than a week after the owners of Manchester United and Liverpool shocked English soccer’s leagues, clubs and fans with reform proposals that would have led to the biggest changes in the sport in a generation, their big idea has been unanimously rejected.

At an emergency meeting of the Premier League’s 20 clubs on Wednesday, the ideas for remaking English soccer that were brought forward by United and Liverpool, England’s two most successful clubs — including reducing the size of the Premier League to 18 teams from 20 and handing more power to the country’s richest teams — were quickly shot down.

The plans would have required the backing of 14 teams to pass, a figure that looked unlikely almost as soon as details of the project leaked on Sunday. The Premier League said Wednesday that its members had agreed unanimously that the proposal “will not be endorsed or pursued.”

Neither United nor Liverpool has spoken publicly about the proposals, which were code-named Operation Big Picture. But they may be able to claim a Pyrrhic — and perhaps face-saving — victory after the Premier League said it would now speed up a more collaborative discussion to address the key points raised in the proposals.

The ideas, which also included changes to prize money agreements as well as to the split of the television revenues that have made the Premier League the richest domestic soccer competition in the world, received vocal and widespread backing from owners of cash-strapped teams in the lower divisions, many of them seduced by promises of large cash handouts as they struggle to stay afloat in closed stadiums during the pandemic.

But elsewhere, there had been a near-universal rejection of the plan, and accusations of opportunism leveled at United, Liverpool and other members of the so-called Big Six clubs, a group of the richest teams in the league, who would have stood to gain most if the reforms were adopted.

Fan groups, the Premier League, England’s Football Association and even the British government, including Prime Minister Boris Johnson, quickly aligned against the proposals. Operation Big Picture was the brainchild of the Liverpool owner John W. Henry and his billionaire counterpart at Manchester United, Joel Glazer, and it had the active and vocal support of Rick Parry, the chairman of the English Football League, the organization responsible for the three professional divisions beneath the Premier League, who had been involved in the discussions.

“I think it was an acknowledgment in the room that English football’s model is a huge success, but it hasn’t been reviewed or modernized for a long time, and so perhaps there has been some systemic issues built up that need dealing with,” the Premier League’s chief executive, Richard Masters, told reporters after presiding over Wednesday’s meeting with club officials.

In their totality, the plans would have been beneficial to the biggest clubs as well as to dozens of lower-division teams who have little hope of playing top-division soccer. A middle tier of clubs, aspirants for places in the Premier League and those in the lower reaches of the top division, would almost certainly have seen their fortunes suffer, however. That led to tense exchanges behind the scenes, with groups on all sides accusing one another of “self-interest.”

Despite that, Masters insisted the days of tension — which included threats that the richest clubs might break away from the Premier League or even join the E.F.L. should they not get their way — had not damaged relationships between the league’s member clubs.

“I don’t think it takes a huge amount to put things back together,” Masters said. “Actually, the sort of solidarity among the collective is incredibly strong. It takes quite a lot to pull it apart.

“I don’t think it’s irreparably damaged the Premier League,” he added, “and I think that today’s meeting proved that.”

The league now plans, he said, to speed up and expand discussions to reform its structure. The elements under discussion mirror those that the reform plan sought to tackle, including the competition’s structure, governance, financial regulation and the commercial and broadcasting arrangements that have been the engine of the Premier League’s growth since its inception in 1992.

The plight of some of the lower divisions teams has become so dire, according to some E.F.L. chairmen, that without aid from richer clubs or the government — which has declined to provide it — a number of them will run out of cash before the end of the year. That had made the promise of an immediate payment of 250 million pounds, about $325 million, more important to them than the prospect of surrendering greater power over the future of English soccer to a handful of top teams.

“Is it a concern? 100 percent it is. Do I trust them? No I don’t,” Peter Ridsdale, the chairman of Preston North End, a team in the second-tier Championship, told reporters on Tuesday.

In place of the cash bonanza being promised in Project Big Picture, the Premier League on Wednesday agreed to provide more modest short term support to the two lowest professional tiers. The league said it would provide a mix of interest-free loans and grants totaling 50 million pounds.

When Is College Football? It’s Changing Rapidly With the Season in Flux

U.S. Open Will Play in Westchester Without Fans