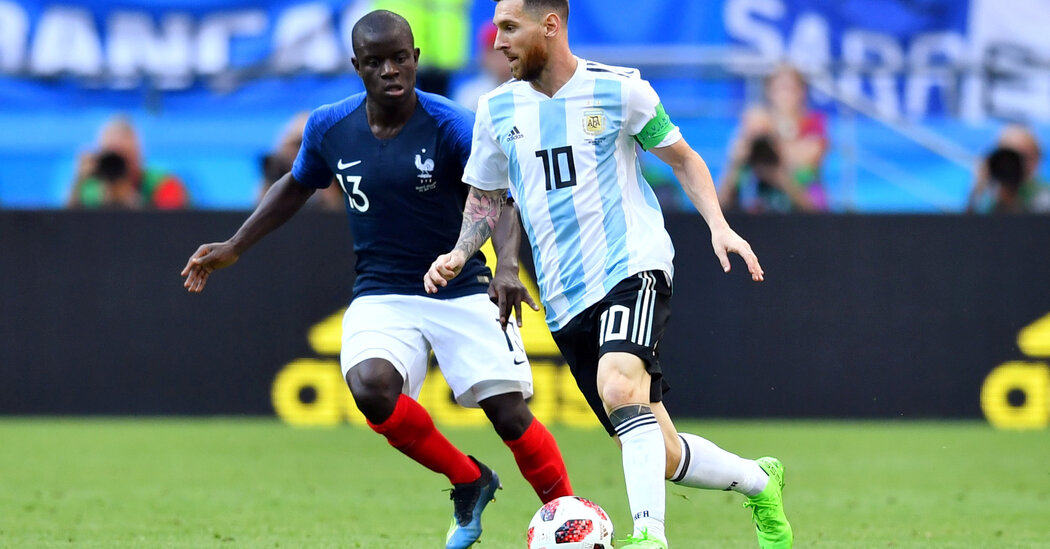 Up until now, soccer’s conflicting interests have largely converged, displaying a collective spirit to overcome the debilitating effects of a global pandemic.

But the mood is threatening to turn sour, with clubs and leagues holding urgent meetings to devise a common position before a showdown with FIFA, the game’s global governing body, over the release of players for national team games in October.

With many countries enduring a second wave of infections, concerns over releasing players for cross-continental travel has become heightened, with some clubs now considering the possibility of refusing to release their athletes during a window set aside for national team games, including some qualification games for the 2022 World Cup in Qatar.

Failure to release players would set the scene for a major showdown between soccer’s global and regional governing bodies and the teams that pay the players’ salaries. Such a confrontation could raise the stakes of what has already been a bitter yearslong battle between clubs and FIFA over the international match calendar and the mandatory release of players for national team action.

An alliance of leagues, Europe’s top club association and the world’s players union FIFPro held an urgent meeting with FIFA on Wednesday to discuss the issue of the next two international rounds of games, in October and November. The meeting ended without agreement. FIFA is expected to release its guidelines for player release soon.

The group presented FIFA with a document outlining the minimum requirements they felt would be needed for the release of players. The biggest concerns are over the South American round of World Cup qualifiers, which remain scheduled as planned even though a North American round of games has been postponed because of the coronavirus pandemic. There are also rounds of exhibition games slated that could require some Europe-based players to take multiple flights to play in Africa.

The virus is still having an effect on the soccer industry, with several domestic competitions being disrupted at the start of the new season. France’s top league, for instance, had to postpone some opening round games as cases spread through leading teams, while this week a cup game between Premier League team Tottenham and Leyton Orient, which plays in the fourth tier, became the first major English game to be canceled after a number of Orient players tested positive.

Elsewhere, Saudi Arabian team Al Hilal, holders of the Asia’s Champions League, was ejected from this season’s edition of the competition after being unable to field sufficient number of players in a group game following a coronavirus outbreak within its squad. Yesterday, Brazil’s top club team, Flamengo, announced 16 players tested positive, putting in doubt its next league games.

The clubs insist their concerns are about player welfare, but they are also about finances. Teams, already struggling with the multibillion-dollar financial consequences of the pandemic, are concerned that they will be on the hook for thousands of dollars of salaries to players who could be forced to quarantine upon return from exotic locales because of national requirements, or because they contracted the virus while on international duty.

“An urgent review of liability questions around player infection, short and long-term health impairments and protection/compensation of/for wages, medical cost or loss of future income, is required,” said the document sent to FIFA this week, which was reviewed by The New York Times.

Finances are also in large part what is driving the national teams to push ahead with their schedules. For most of the biggest federations, including those in Brazil and Argentina whose rosters are filled mostly with European-based talent, broadcast income from national team games makes up the largest component of their annual income.

For FIFA, the competing interests create tension at an awkward moment. The organization, under president Gianni Infantino, has spent much of the past two years trying to build closer relationships with top teams with a view to getting them involved in new club competitions FIFA has been looking to devise. At the same time, FIFA’s core constituency is its 211 member associations, which run national team soccer.

Leagues and clubs are also using Infantino’s own words to remind him of his responsibilities. Since the start of the outbreak earlier this year, the FIFA president has repeatedly said any decisions would be guided by the principle: “health comes first.”

To that end, they have sent FIFA a list of minimum requirements. They include a demand that clubs and players should not be sanctioned if they ignore call-ups for exhibition games, and that players not be obliged to travel for games that could require them to quarantine for several days.

“Stakeholders remain concerned that even such a relief of the restrictions does not substantiate that conditions in a country are per-se safer and thus a player should still not fear for sanctions should he/she decide not to answer the call-up over fears of personal safety,” said the document sent to FIFA.

Under current rules, FIFA can ban clubs from fielding players who are not released for international action for five days, and can also open disciplinary proceedings that could yield further punishment.

While most of the concerns center on players at European clubs, there are concerns further afield, too.

Major League Soccer in the United States, for example, could see the end of its regular season decimated. A dozen teams face losing crucial players for longer than is typical because the league requires athletes returning from international travel to quarantine for 10 days upon arrival in the United States.

The South American confederation known as Conmebol has so far remained defiant in the face of requests to move its games. Its qualification program is one of the longest in soccer, with each team playing a minimum of 18 games in order to reach the World Cup. With little room in the international calendar, which has already been upended by the coronavirus, there is no time to reschedule games, and the Conmebol president, Alejandro Dominguez, has shown little appetite to make any changes to the format.

Taylor Rooks Gets the N.B.A. Interviews That Go Viral

Pironkova Surprises Even Herself in Her Return at the U.S. Open

NFL Week 11: Joe Burrow’s Season Is Over and More