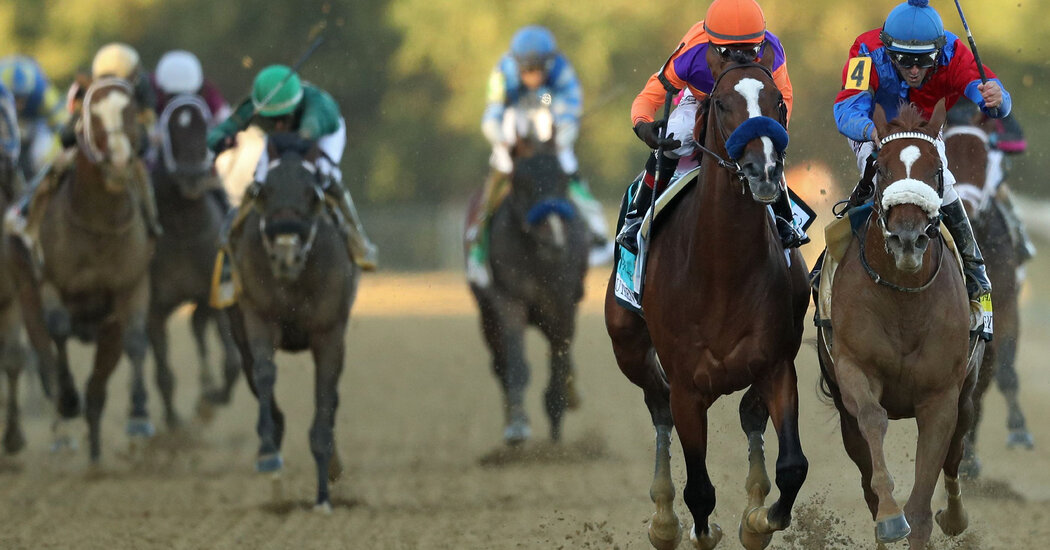 Swiss Skydiver won the Preakness Stakes on Saturday to become just the sixth filly, and the first since Rachel Alexandra in 2009, to beat the boys in the 145-year history of the race.

The well-traveled daughter of Daredevil with the jockey Robby Albarado aboard held off Authentic down the stretch to cover the one-and-three-sixteenths-mile race in 1:53.28, rewarding her backers with $25.40 on a $2 bet. It was her sixth victory in 11 tries at seven different racetracks, and it pushed her career earnings past $870,000.

The Preakness Stakes, normally run on the third weekend in May as the second leg of thoroughbred racing’s Triple Crown, became its final race on the first Saturday of October. There was no Triple Crown on the line — the Belmont Stakes winner, Tiz the Law, was upset by Authentic in the Kentucky Derby and skipped the Preakness.

Like at the Derby, won by Authentic last month, and the Belmont Stakes, which kicked off the series in June, there were no spectators allowed inside Pimlico Race Course on Saturday.

Each Triple Crown leg took on a different character. The Belmont, which kicked off the series for the first time in history, marked the return of a major sporting event to New York.

The Kentucky Derby was run against a tense backdrop of protests. Before the race began in Louisville, hundreds of people calling for racial justice circled Churchill Downs, and several members of a Black armed militia knelt in front of Louisville police officers stationed inside a fence erected around the track. It was the 101st day of protests in the city over the death of Breonna Taylor, a Black emergency room technician who was shot and killed in her home by police officers during a botched raid of her apartment.

The Preakness has earned the reputation for its easygoing-meets-anything-goes atmosphere. But with its sprawling infield devoid of its usual raucous, beer drinking crowds and the popular music acts performing on a stage, this Triple Crown season came to a quiet conclusion.

‘When You Say Badminton, You Say Indonesia’