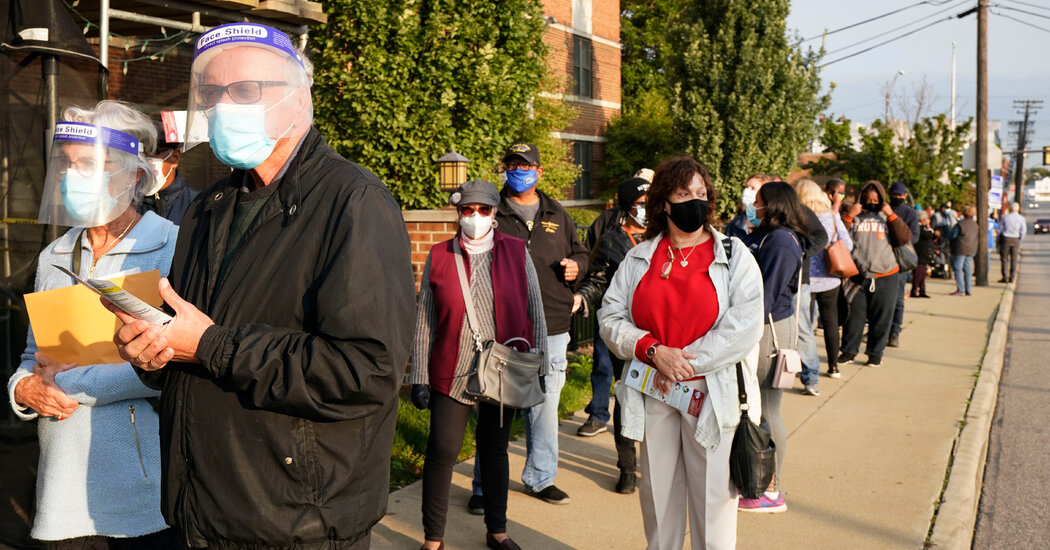 A federal judge has approved a plan pushed by voting rights groups to expand the number of ballot drop boxes in Ohio, ruling that state officials failed to prove claims that extra drop boxes would lead to voter fraud.

The ruling Thursday night, by Judge Dan Aaron Polster of the U.S. District Court in Cleveland, cleared the way for officials in Cuyahoga County — the state’s second-largest jurisdiction, home to Cleveland and a Democratic stronghold — to place ballot drop boxes at six library branches.

While the ruling focused on one county, it could lead to additional drop boxes being placed in other locations around the state.

Kristen Clarke, chief executive of the Lawyers’ Committee for Civil Rights, one of the voting rights groups that filed the lawsuit, called the added drop boxes “crucial” in allowing safe voting during the pandemic.

“The court’s order protects the right to vote for tens of thousands of Ohioans, especially Black voters and people of color who disproportionately reside in some of the state’s major population centers,” Ms. Clarke said in a statement, noting long lines at early voting locations in Cleveland. “No voter should have to sacrifice their health and well-being to cast their ballot.”

Secretary of State Frank LaRose, Ohio’s top elections official, said he would appeal the decision to the Sixth Circuit Court of Appeals. “The place to make changes in how we run our elections is the statehouse, not the courthouse,” Mr. LaRose, a Republican, said in a statement Friday morning.

Among reasons for the limits, Mr. LaRose argued, was that drop boxes added to the risk of fraud and abuse. But Judge Polster found that Mr. LaRose had failed to support that claim, adding that “any drop box location can be monitored 24/7.”

Lawyers for both the Trump campaign and the Ohio Republican Party had joined the case on Mr. LaRose’s side.

Abortion was on the back-burner in the presidential race. Not anymore.

Trump Calls $421 Million Debt ‘a Peanut,’ but Challenges Lie Ahead