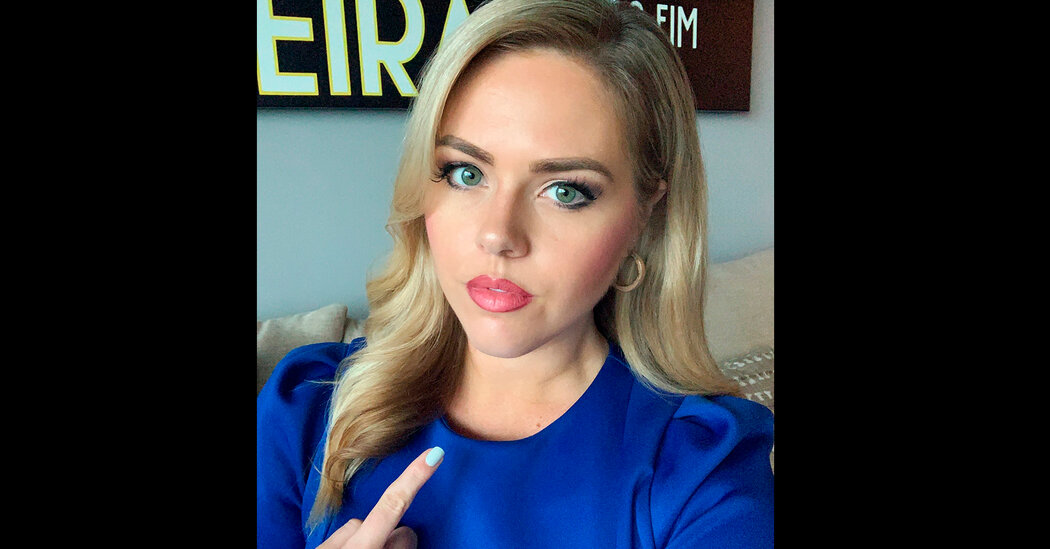 When an eagle-eyed viewer noticed something on the broadcast journalist Victoria Price’s neck during a televised segment last month, the woman sent her a short, cryptic email.

“Just saw your news report,” the viewer wrote to Ms. Price, an investigative reporter for WFLA-TV in Tampa, Fla. “What concerned me is the lump on your neck. Please have your thyroid checked.”

“Reminds me of my neck,” the viewer added. “Mine turned out to be cancer.”

Ms. Price heeded the advice: A week later, she saw her doctor. That visit was followed by a first round of blood work and an ultrasound that she said came back as “suspicious.” Then came a referral for a thyroid specialist. On Tuesday, she learned that she had thyroid cancer and that it was spreading to her lymph nodes.

Ms. Price, 28, shared the news this week with viewers.

“My reaction was just like, ‘OK, what’s the game plan?’” she said in an interview on Friday. “Let’s get this done.”

Ms. Price said she was scheduled to have surgery on Monday to remove the tumor as well as her thyroid and some nearby lymph nodes. In a tweet, she explained that the tumor was in the middle of her thyroid, “pushing the glands up and out, hence the subtle protrusion.”

She shared a screen shot from of one her live reports to show the lump.

Ms. Price said she had felt fatigued in the last few months and “felt off” but had chalked it up to stress and working a lot to cover the coronavirus pandemic for her NBC station.

She said she was grateful for the woman who emailed her.

“Had I never received that email, I never would have called my doctor,” Ms. Price said on Twitter. “The cancer would have continued to spread. It’s a scary and humbling thought.”

She said in the interview that she emailed the viewer this week to thank her but hadn’t heard back.

More than 52,000 new cases of thyroid cancer are diagnosed each year, according to the American Cancer Society. Women are over three times as likely to develop the cancer as men. The association noted that until recently, thyroid cancer was “the most rapidly increasing cancer” because of increased detection.

Dr. Dennis Kraus, vice chairman of otolaryngology at Lenox Hill Hospital in New York, said that a lump like Ms. Price’s would usually be found either during an exam at a doctor’s office or in an ultrasound or another kind of scan seeking other medical issues.

“Someone will have an evaluation for a CT or M.R.I. scan and a thyroid nodule will be picked up,” Dr. Kraus said. “It’s often a very incidental find. Often other than its presence, it’s asymptomatic.”

Surgery is the main treatment for thyroid cancer, with or without radioactive iodine therapy, he said.

When told of Ms. Price, Dr. Sandro Galea, the dean of the Boston University School of Public Health, said that “in terms of the detection, that is an interesting story. Of course, simple visual detection, particularly via media, is likely to be neither sensitive nor specific.”

He added that if people suspect they have unusual masses in their neck, they should have them checked out by a health care provider.

Still, Dr. Galea credited the woman who spotted the lump in Ms. Price’s neck. “Kudos to the alert viewer!” he said.

It’s not the first time a keen viewer has spotted a medical issue of a TV personality.

In April 2019, Deborah Norville, the anchor of the syndicated news program “Inside Edition,” had surgery to remove a cancerous thyroid nodule from her neck. She said she had been monitoring the lump after a viewer noticed it on her neck and brought it to her attention a long time ago.

“We live in a world of ‘see something, say something,’ and I’m really glad we do,” Ms. Norville said in a video message.

In 2013, a viewer noticed a lump on the neck of Tarek El Moussa, a host of the HGTV reality series “Flip or Flop,” and notified the show’s producers, who insisted that he see a doctor. Mr. El Moussa had thyroid cancer and had his thyroid and lymph nodes removed with surgery and was treated with iodine radiation therapy, according to the “Today” show.

The clock is ticking, and Trump keeps engulfing himself in chaotic news cycles.

Getting the Virus Can Change a Politician’s Mind, Say Some Who Had It

The Growing Power of Hurricanes