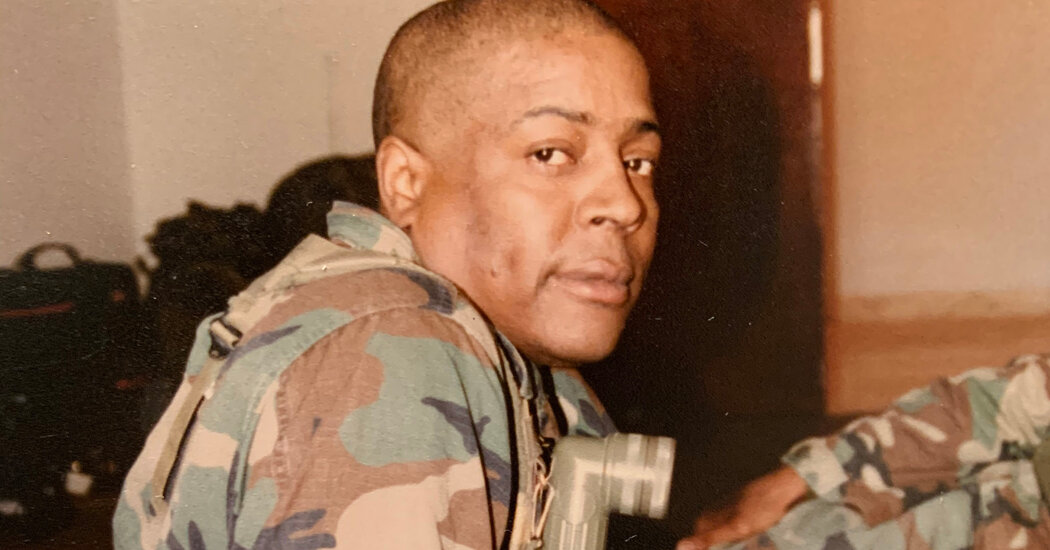 This obituary is part of a series about people who have died in the coronavirus pandemic. Read about others here.

Anthony M. Hopkins was adrift after graduating from high school, working odd jobs in rural North Carolina. So in 1970, knowing that he was likely to be drafted anyway as the war in Vietnam dragged on, he followed in the footsteps of his father, a World War II veteran, and joined the Army.

He went through basic training at Fort Bragg, N.C., became a tank commander and soon found himself ambushed while on tank patrol in South Vietnam, his unit coming under enemy fire. Shrapnel from an explosion ripped open his left arm, an injury for which he received the Purple Heart.

Sergeant Hopkins later served in South Korea and in the Persian Gulf war, retiring with the rank of first sergeant and with two Bronze Stars for heroic action in combat.

Described by those who knew him as confident but humble, cautious but assertive, Sergeant Hopkins was said to lead by example, from the way he exerted himself on the basketball court to how he polished his black leather boots.

“His uniform was so perfect, you couldn’t find a hair out of place,” said retired First Sgt. David McGruder, who served under Sergeant Hopkins in the 1980s. “His boots were so shiny that they would blind you.”

He added: “He just kept that impression on his whole life. He never turned it off.”

Mr. Hopkins died on Aug. 23 at Baptist Health Hardin hospital in Elizabethtown, Ky. He was 70. His daughter, Michelle Hopkins, said the cause was complications of Covid-19.

Anthony Marcellus Hopkins was born on Sept. 16, 1949, in Wilson, N.C., about 50 miles east of Raleigh. He was the third of seven children of Jason and Minne (Ward) Hopkins. His father, a sharecropper and tobacco farmer, died when Mr. Hopkins was 19. His mother worked in a restaurant cooking and serving.

He graduated in 1967 from Charles H. Darden High School and went to work picking cotton and tobacco. At the encouragement of an older brother, Jason Jr., who had been drafted, Anthony joined the service in February 1970.

“He felt the Army saved his life, in a sense,” Michelle Hopkins said. “That was his way out.”

Sergeant Hopkins fought in Vietnam as part of the 2nd Battalion of the 34th Armor Regiment, his stint ending in 1971. From 1972 to 1976 he was stationed in South Korea at Camp Casey, near the Demilitarized Zone.

While shopping at a clothing store in Seoul one day, Sergeant Hopkins was captivated by an employee named Yong Suk Kim. After a year of stopping by the store, sometimes with flowers, he persuaded her to join him for lunch. They married in 1976 and had their first child in Seoul; four more followed.

Sergeant Hopkins and his family spent 10 years stationed in Gelnhausen, Germany, where in 1984 he was promoted to first sergeant.

On Christmas Eve 1990, he was sent to Kuwait as part of Operation Desert Shield, the American-led response to Iraq’s invasion of Kuwait. Several months later, he was in the lead battalion that invaded Iraq as part of Operation Desert Storm, fighting with the 400-member Headquarters Company of the 4th Battalion of the 8th Cavalry. His immediate commander, Kevin Wright, then a captain, had served alongside him in Germany.

Mr. Wright, now a retired lieutenant colonel, described Sergeant Hopkins in an interview as the company’s “linchpin” in overseeing ammunition and fuel and looking after “the welfare of all these young soldiers moving in the darkness of the desert.”

Sergeant Hopkins finished his military career at Fort Knox, Ky., honorably discharged in 1994. He spent the next 18 years as a Postal Service mail handler and lived in Radcliff, Ky., about 40 miles south of Louisville.

In addition to his daughter, he is survived by his wife; four sons, Anthony, Kevin, Mark and Michael; 16 grandchildren; four great-grandchildren; and six siblings.

Mark Hopkins became a third-generation soldier in the Hopkins family and fought in the Iraq war. “My dad was the reason I joined the military,” he said. “I saw how he was a leader and the pride he had for his country and wanting to defend it.”