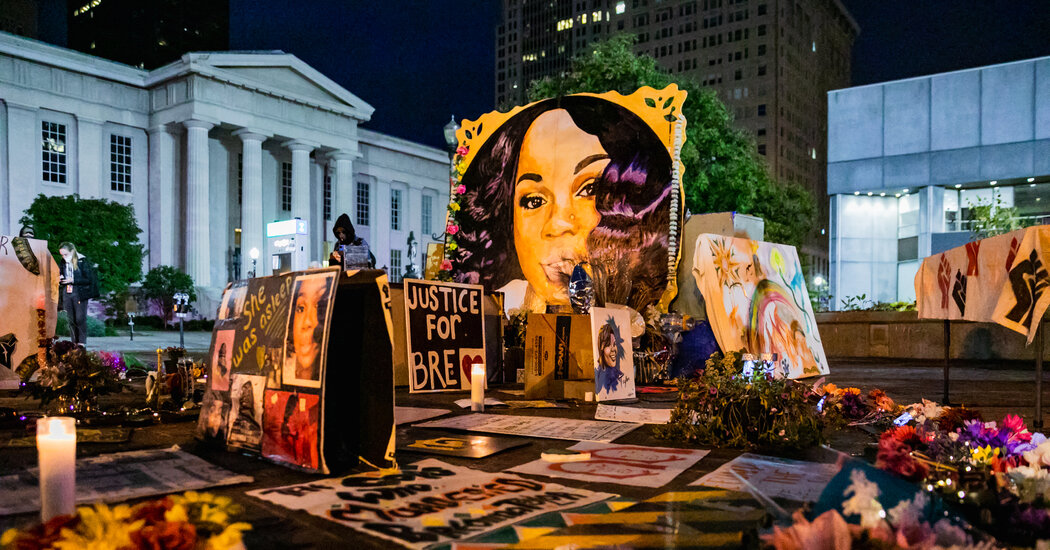 LOUISVILLE, Ky. — A Kentucky judge on Tuesday granted grand jurors in the Breonna Taylor case permission to speak publicly, a rare move that immediately led one juror to assert that prosecutors had not given the panel the opportunity to bring homicide charges in the case.

Ms. Taylor, 26, was killed in her apartment in March during a botched raid by Louisville police officers. After details of her death were made public, calls for justice helped propel protests over racism and police violence against Black people in the United States.

One of the primary demands of protesters, to charge the officers who fired the shots that killed Ms. Taylor, was left unfulfilled when the grand jury’s only charges were three counts of wanton endangerment against a former detective, Brett Hankison, who shot into a neighboring apartment but did not fire any of the rounds that struck Ms. Taylor.

Grand jurors are bound by secrecy rules that almost always keep their experiences unknown to the public, so the judge’s decision on Tuesday allowed them to shed rare light on the process. In a statement, an anonymous juror said the group “didn’t agree that certain actions were justified, nor did it decide the indictment should be the only charges in the Breonna Taylor case.”

“The grand jury did not have homicide offenses explained to them,” the anonymous juror said. “The grand jury never heard about those laws. Self-defense or justification was never explained either. Questions were asked about additional charges and the grand jury was told there would be none because the prosecutors didn’t feel they could make them stick.”

The juror’s statement reflects how prosecutors hold enormous sway over grand juries that are tasked with deciding whether to bring felony charges against the accused. While grand juries have the ability to call witnesses and pursue charges other than what the prosecutor recommends, jurors may not understand the scope of their power. And prosecutors have no obligation to present charges other than the ones they choose to recommend.

When Attorney General Daniel Cameron of Kentucky, who led the prosecution, announced last month that no officers would be charged for Ms. Taylor’s death, he said the grand jury “was given all of the evidence, presented all of the information, and ultimately made the determination” to not bring charges.

The anonymous grand juror, in an initial legal motion seeking permission to speak publicly, accused Mr. Cameron of using the grand jury “as a shield to deflect accountability and responsibility” and of planting “more seeds of doubt in the process.”

In response to a court order, Mr. Cameron released 15 hours of audio recordings from the grand jury proceedings, but the recordings did not include the instructions that prosecutors gave to the 12 jurors.

And though Mr. Cameron had initially said he had “no concerns” with grand jurors speaking about the prosecutor’s presentation, he later filed objections to them doing so.

Mr. Cameron argued that allowing a grand juror to speak could “destroy the principle of secrecy that serves as the foundation of the grand jury system.” He also said it could compromise Mr. Hankison’s right to a fair trial for the endangerment charges he faces.

Both of those arguments were rejected by the court.

“As special prosecutor, it was my decision to ask for an indictment on charges that could be proven under Kentucky law,” Mr. Cameron said. “Indictments obtained in the absence of sufficient proof under the law do not stand up and are not fundamentally fair to anyone.”

A second anonymous grand juror said in a statement that they were “pleased with the result” of the judge’s opinion, and would be discussing possible next steps with a lawyer.

“The Obama-Biden administration secretly launched a surveillance operation on the Trump campaign.”