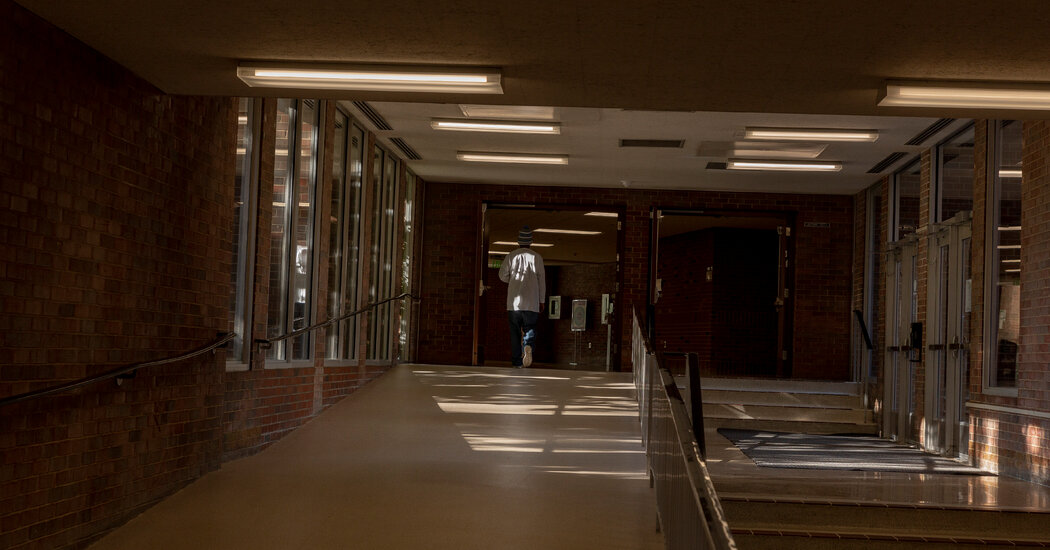 Many college towns have looked a lot different this fall, their campuses quiet as universities adopted online instruction to help stop the spread of the coronavirus.

With that change came a new political wrinkle: Some House candidates, typically Democrats, can usually count on support from students living on college campuses in their districts — but many of those students are now living back home, tied to their computers for classes.

For Representative Elissa Slotkin of Michigan, a Democrat who beat an incumbent Republican in 2018 and flipped the Eighth Congressional District blue for the first time in 20 years, the switch to largely virtual teaching means the potential loss of thousands of reliably Democratic voters at Michigan State University in East Lansing.

In a House district that was decided last time by 13,098 votes out of more than 340,000 ballots cast, the loss of any votes this year keeps Ms. Slotkin up at night. She can no longer pitch herself to a captive audience of students hanging out in dorms, because almost all of them are shut down. And hitting the tailgate parties during football games on Saturdays with campaign literature, handshakes and smiles? Forget about it. Michigan State’s delayed football season is just starting this Saturday, and only the families of football players will be allowed into the stadium.

“I’m having trouble figuring out how to factor it in,” Ms. Slotkin said. “In a normal year, you’re out talking to people, you’re at the doors and everybody’s telling you their feedback. When you have a normal field campaign, you have polling, which we still have, but we don’t have a model for this. Literally, I don’t have an algorithm to explain to me what missing 50,000 potential voters does to my race.”

Not all of the 49,695 students enrolled at Michigan State would have registered to vote in East Lansing for this election, but about 6,000 of them were registered in August when the university announced that most classes would be taught online, Jennifer Shuster, the city clerk, said. Many of those students are now changing their registration to vote in their hometowns, she said.

“The numbers are going to go down in certain precincts,” Ms. Shuster said. “I definitely think it could impact certain races.”

Susan Sandler, a progressive megadonor, will give $200 million to racial justice groups.

What You Need to Know About Amy Coney Barrett’s Views