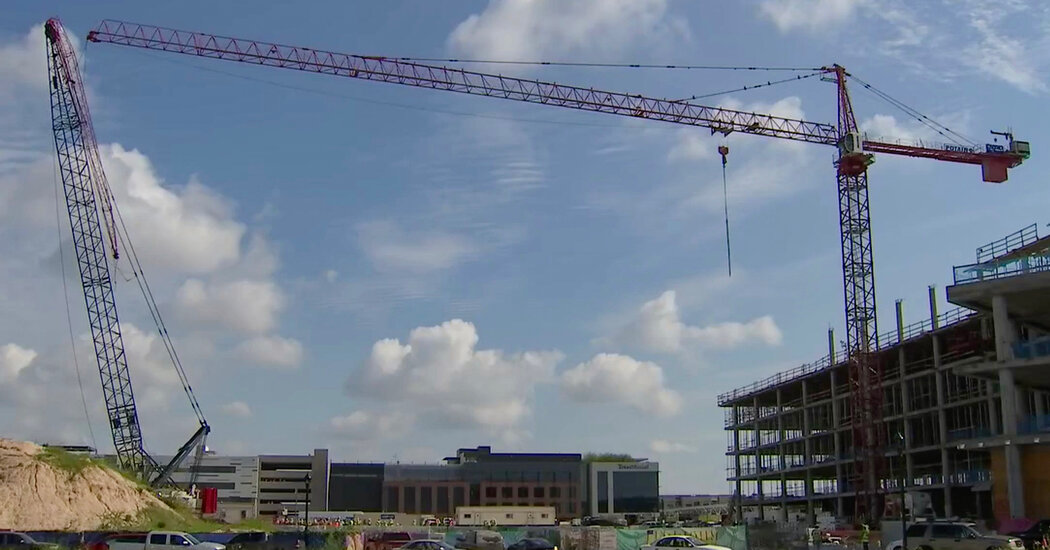 Twenty-two people were injured Wednesday morning after two construction cranes became entangled and caused an accident at a work site in Austin, Texas, the authorities said.

Eight ambulances responded to the incident and 16 people were taken to a hospital, said Commander Mike Benavides, a spokesman for the Austin-Travis County Emergency Medical Services. One person had a serious injury and the others had minor ones, he said in a phone interview Wednesday.

Emergency officials received an initial call of a structural collapse at about 9:38 a.m. local time, Commander Benavides said. When they arrived they did not find a collapse, he said, but “more of a two-crane collision.”

It was not immediately clear what had led to the collision. The Austin Fire Department and the Austin Police Department were also on the scene, Commander Benavides said.

At a brief news conference on the site, Battalion Chief Mark Bridges said that although the bases of the cranes were stable, they were entangled by wires at the top. The authorities were trying to keep people away from the site in case of collapse, he said, for instance because of a strong gust of wind.

“This just happened to be two cranes working, we’re not sure how or why, but they did get entangled,” he said. “Since they are attached at the top, we don’t want the wind to cause further problems.”

He added, “Right now, no one is trapped or injured and we are doing our best to monitor the scene.”

The accident took place at a mixed-use development called the Mueller complex in East Austin, in an area with significant construction. The development did not immediately respond to an inquiry about the incident.

In Stockton, a Powerful Program to Prevent Violence