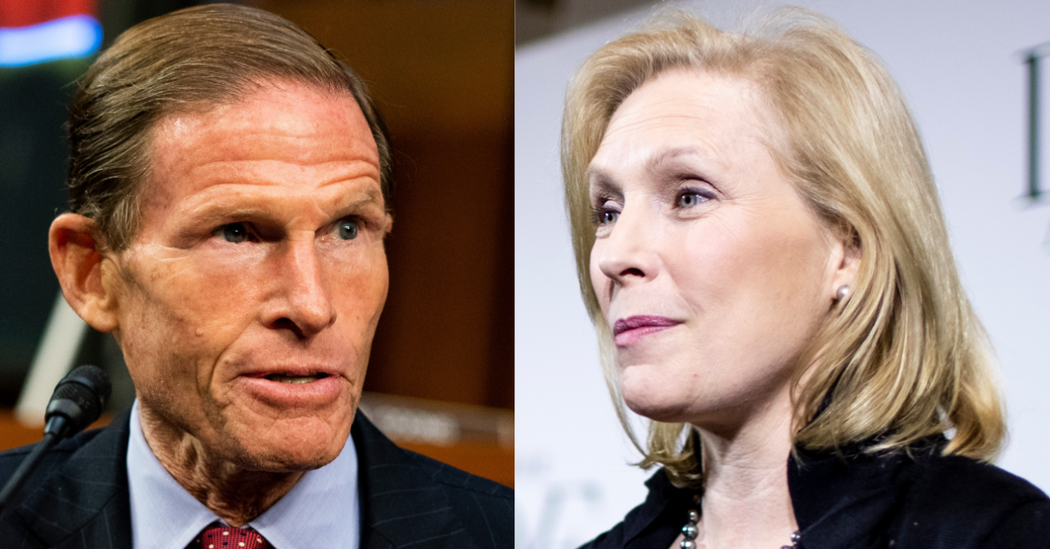 Senator Richard Blumenthal of Connecticut said that Democrats, anticipating that President Trump could declare victory before all the votes are counted in the election, have prepared for that exact scenario.

“There’s a plan to deal with it,” Mr. Blumenthal said on Wednesday night.

Mr. Blumenthal did not give any details of the plan, but told members of two grass-roots Democratic women’s groups during a Zoom call with his colleague, Senator Kirsten Gillibrand of New York, that there could be a prolonged fight over the results.

The groups, Suburban Women Against Trump, which goes by the acronym S.W.A.T., and Joe Mamas, invited the two senators to speak about the election, the nomination of Judge Amy Coney Barrett to the Supreme Court and the coronavirus pandemic.

“You know that the right-wing echo chamber is going to be filled with disinformation about how they stole the election, how they stuffed ballot boxes, ‘we need to rebel,’ ” Mr. Blumenthal said. “That right wing is not America. It’s certainly not the America we know.”

Both senators sharply criticized Judge Barrett’s nomination and said her all-but-certain confirmation to the conservative-leaning court threatened women’s reproductive rights and protections for Americans with pre-existing conditions who are covered under the Affordable Care Act.

Ms. Gillibrand, who ran unsuccessfully for president, said the landscape looked favorable for Democrats to take control of the White House and the Senate. The party should focus on voting rights and ethics if it is in the majority, she said.

Weighing in on whether Democrats supported statehood for Washington, D.C., and Puerto Rico, Ms. Gillibrand said she would support it if they did.

“They have to decide what they want for themselves,” she said.

Mr. Blumenthal, a frequent target of Mr. Trump’s Twitter barbs, said that his Republican colleagues had enabled the president.

“They are guilt-ridden because they know what they have done,” he said. “They have failed to stand up and speak out.”

GOP Enabling Trump As His Legal Challenges Are Becoming Limited

How Are Student Newspapers Covering Back to School?