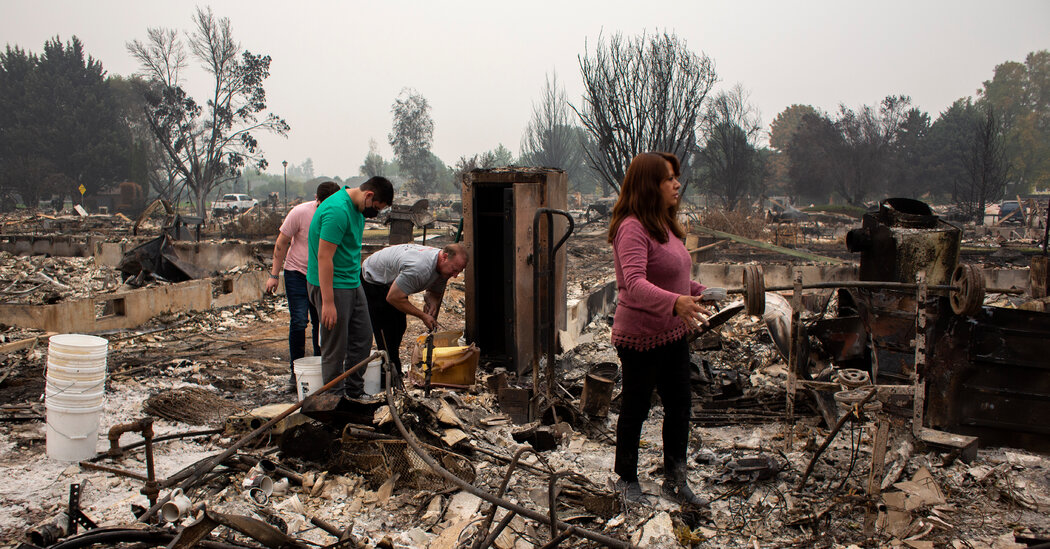 Rush Limbaugh told millions of radio listeners to set aside any suggestion that climate change was the culprit for the frightening spate of wildfires ravaging California and the Pacific Northwest.

“Man-made global warming is not a scientific certainty; it cannot be proven, nor has it ever been,” Mr. Limbaugh declared, disregarding the mountains of empirical evidence to the contrary, before pivoting to a popular right-wing talking point: that policies meant to curtail climate change are, in fact, an assault on freedom.

“Environmentalist wackos” — Mr. Limbaugh’s phrase — “want man to be responsible for it because they want to control your behavior,” the conservative host said on the show, adding they “want to convince you that your lifestyle choices are the reason why all these fires are firing up out on the Left Coast.”

Hours later, that message leapt to prime-time on Fox News, where the host Tucker Carlson said those who blamed the fires on climate change were merely reciting “a partisan talking point.”

Mr. Limbaugh and Mr. Carlson are two of the most prominent commentators in the right-wing media sphere, where a rich history of climate denialism has merged with Trump-era cultural warfare to generate a deep skepticism of the notion that climate change is a factor in the fires devastating the West Coast.

Like President Trump, conservative media stars dismiss climate change — which scientists say is the primary cause of the conflagration — and point to the poor management of forestland by local (and, conveniently, Democratic) officials. Fringe right-wing websites, like The Gateway Pundit, have blamed left-wing arsonists, fueling false rumors that authorities say are impeding rescue efforts.

Pennsylvania: In a county Trump flipped, Democrats seek voters willing to flip back.

Expect vote-by-mail fireworks today as the postmaster general talks with dozens of secretaries of state.

Grand Jury Deliberations in Breonna Taylor Case Will Be Released

U.S. Northeast, Pummeled in the Spring, Now Stands Out in Virus Control