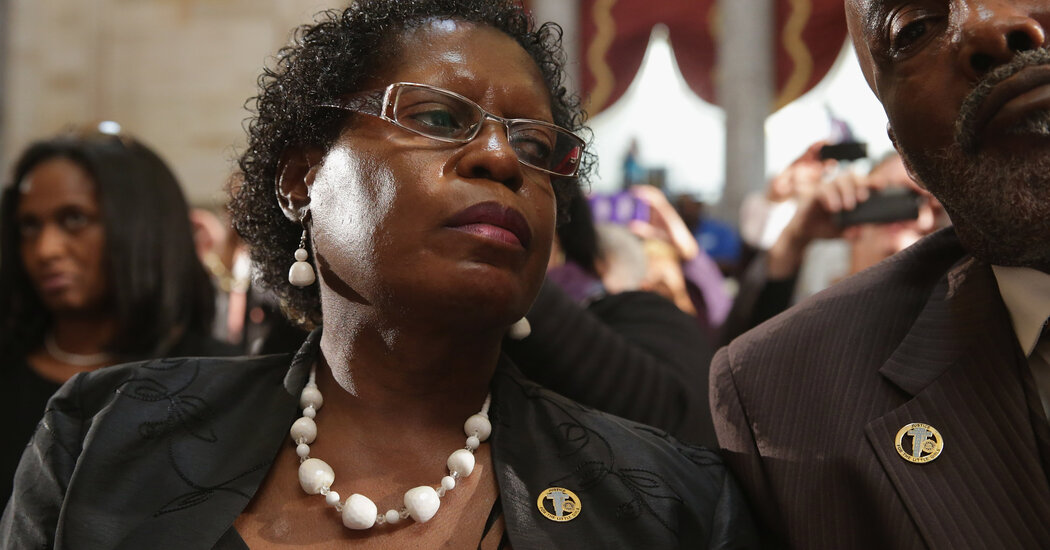 Sarah Collins Rudolph had appealed to local and state leaders in Alabama for years, asking for some form of restitution, after the 1963 bombing of the Sixteenth Street Baptist Church in Birmingham, Ala. The explosion blinded her right eye, killed her sister and three other girls, and started a struggle with injuries and trauma that weighs on Ms. Rudolph to this day.

This week, after 57 years, a formal apology from the governor of Alabama brought her one step closer to resolution.

The victims and their families “suffered an egregious injustice that has yielded untold pain and suffering over the ensuing decades,” Gov. Kay Ivey wrote in a letter dated Wednesday. “For that, they most certainly deserve a sincere, heartfelt apology — an apology that I extend today without hesitation or reservation.”

Lawyers representing Ms. Rudolph, 69, said that while the apology was extremely significant and meaningful to their client, an Alabama native, it was only part of what was needed. In a Sept. 14 letter to the governor, they called on the state not just to apologize but also to compensate Ms. Rudolph “to right the wrongs that its past leaders encouraged and incited.”

Ishan Bhabha, one of her lawyers, said on Saturday that the quest for restitution had always been a “two-part endeavor.”

He said that Ms. Rudolph lives with physical disabilities resulting from the explosion that have curtailed her opportunities in life and that she has tremendous medical bills to pay, adding that the explosion had “put her life on a fundamentally different track.”

Ms. Rudolph still bears the scars from when dynamite exploded at the church, killing four Black girls: Denise McNair, who was 11, and Carole Robertson, Cynthia Wesley and Addie Mae Collins, Ms. Rudolph’s sister, who were 14.

She spent more than a month in the hospital, missing her sister’s funeral, after surgeons had removed more than 20 shards of glass from her body. It took a long time before she was able to talk openly about being the “fifth girl” in the infamous bombing of the church by Ku Klux Klan members, Ms. Rudolph said in an interview in September. The explosion, she said, “shook the whole city of Birmingham.”

In her letter of apology on Wednesday, which was addressed to Mr. Bhabha, Ms. Ivey wrote that the day of the bombing, “Sept. 15, 1963, was one of the darkest days in Alabama’s history.” But she wrote that “many would question whether the State can be held legally responsible for what happened at the Sixteenth Street Baptist Church so long ago.”

Mr. Bhabha said that while Alabama is very different today than it was in 1963, when the governor, George Wallace, was promising “segregation now, segregation tomorrow, segregation forever,” the state had still played a crucial role in the attacks by protecting those responsible for years afterward. The first defendant in the case was not convicted until 1977, and others not until after the turn of the century.

“You don’t have those kinds of events without an environment created to facilitate them,” Mr. Bhabha said.

Ms. Ivey’s letter did not close the door to restitution. She suggested that lawyers from her office and the State Legislature meet with Ms. Rudolph’s representatives to discuss the issue further. Alison Stein, another of Ms. Rudolph’s lawyers, said they were looking forward to a “cooperative process” with the governor’s office.

The bombing of the church attracted national outrage at a pivotal moment in the civil rights movement, thrusting the horrors of racism into the spotlight and influencing future legislation. The governor’s apology comes at another moment when violence against Black Americans is in the national spotlight, and outraged demonstrators have taken to the streets to condemn systemic racism.

Is Florida, the recount state, ready for the election?