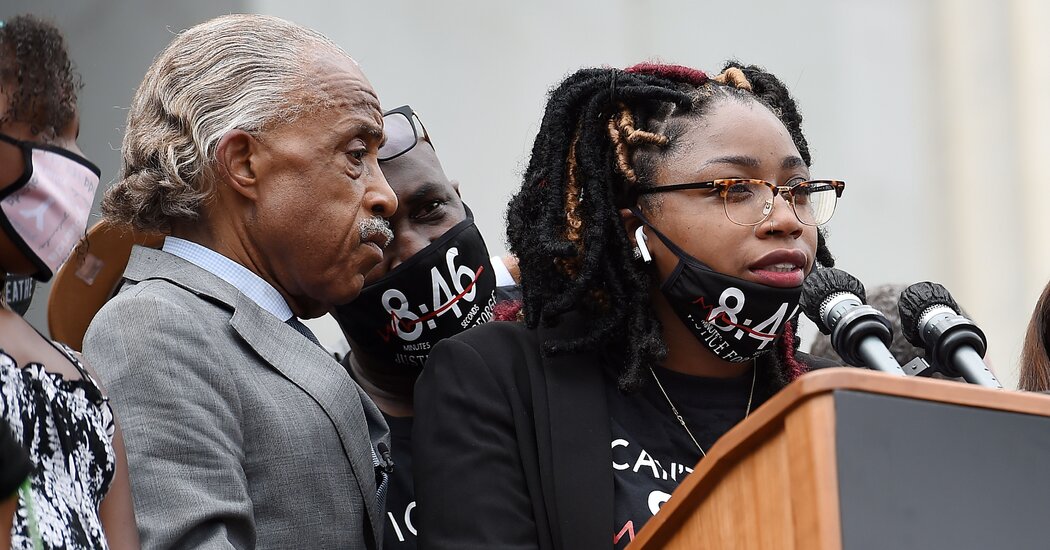 Joseph R. Biden Jr.’s campaign on Wednesday introduced a new ad featuring Bridgett Floyd, one of George Floyd’s sisters, who in an emotional testimonial calls the former vice president “the change we need.”

Set against a soft piano score, Ms. Floyd recalls Mr. Biden’s personal outreach after the killing of Mr. Floyd by the Minneapolis police, set against pictures of Mr. Biden praying, reflecting and interacting with Black voters on the campaign trail.

“He was actually there to listen,” Ms. Floyd says in the ad. “He was very sincere.”

The ad, released on what would have been Mr. Floyd’s 47th birthday, comes as the Biden campaign is ramping up its effort to energize Black voters as early voting gets underway. Though the ad will air nationally on television, digital platforms and radio, the Biden campaign plans to target it in 16 different states as well.

The ad is being accompanied by a day of action to honor Mr. Floyd on his birthday, organized by the George Floyd Memorial Foundation, which was founded by members of his family. The social media campaign asks people to ensure that they “make a voting plan now” and to call their senators to pass a criminal justice overhaul bill.

The foundation also announced a partnership with the National Urban League to get out the vote.

“He should still be here today,” Ms. Floyd said in a statement. “For that reason, I greatly believe that we need change, and it’s pivotal that people vote in this election. People need to make a plan and take voting seriously — it’s more important than ever.”

Viral falsehoods about Kamala Harris have surged since she joined the Biden ticket.