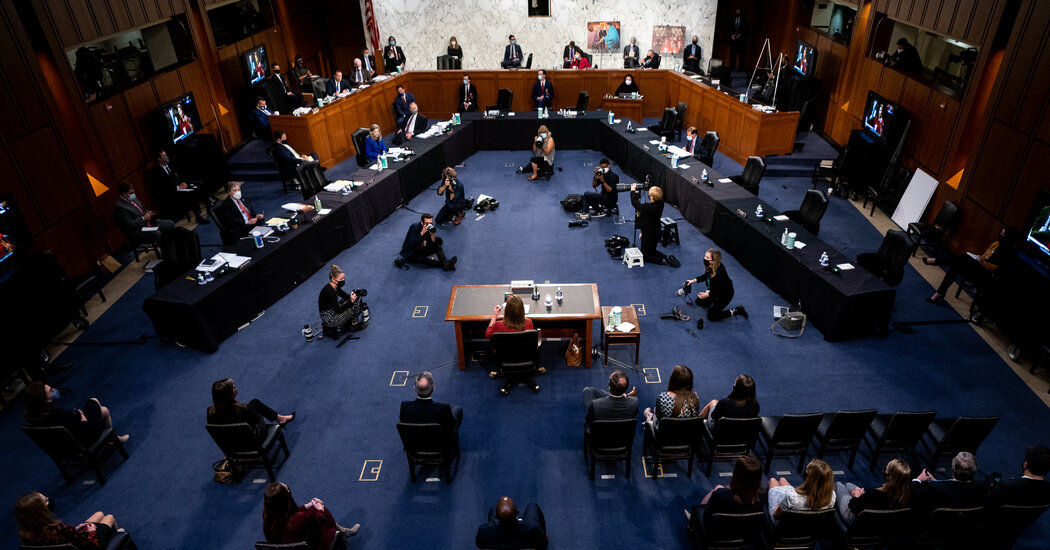 Judge Amy Coney Barrett is on a glide path to the Supreme Court, but she will leave behind a Senate badly torn by its third confirmation blowup in four years, with the potential for severe repercussions should Democrats take control next year.

The decision by Senator Mitch McConnell and Republicans to push through Judge Barrett’s nomination to the high court on the eve of the election, after blocking President Barack Obama’s pick under similar circumstances in 2016, enraged many Democrats who saw it as a violation of Senate norms and customs.

They were also coming under increased pressure from progressive activists demanding payback, in the form of an end to the legislative filibuster and an expansion in the size of federal courts should Joseph R. Biden Jr. triumph in the presidential race and Democrats take the Senate.

Senator Chuck Schumer of New York, the minority leader, said it would be premature to discuss what Democrats might do if they won the Senate majority. But he did not dismiss the idea that changes could be in store should the party prevail, only to hit roadblocks erected by a Republican minority in 2021.

“First we have to win the majority because if we don’t, all of it is moot,” he said in an interview after the confirmation hearing. “If we do, I’ve told my colleagues that everything is on the table if they jam through this nominee.”

Democrats have been hesitant to discuss their plans should they gain power, not wanting to provide Republicans — who are playing defense around the country — with an issue that could alienate voters. Mr. Biden has pointedly declined to give his opinion on adding seats to the courts, but during a Thursday night town-hall-style interview on NBC, he said he was “open” to the idea depending on how Republicans handled Judge Barrett’s nomination.

Yet even before the current fight, progressive groups were urging Democrats to be ready to ditch the filibuster, which allows the minority to block legislation by setting a 60-vote threshold for action.

Activists — and some senators — say allowing the filibuster to remain in place if Democrats took control would hand minority Republicans the ability to block Mr. Biden’s agenda as they did Mr. Obama’s, maintaining the gridlock that has plagued Washington. Eliminating the 60-vote requirement would probably also be a prerequisite if Democrats decided to pursue enlarging the Supreme Court.