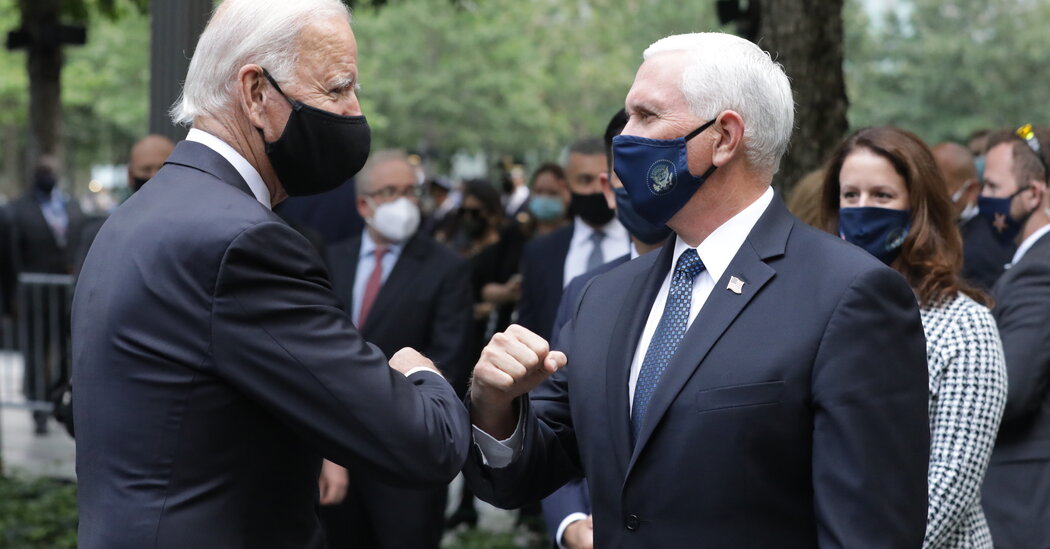 The two men, both wearing masks, were photographed with their elbows touching, a greeting aimed at avoiding a handshake to stop the spread of the coronavirus, before the event at the National September 11 Memorial & Museum began. They did not appear to speak for long.

The New York event had a complicated overlay of political relationships.

Mr. Pence drifted away and chatted with Michael R. Bloomberg, the former mayor of New York City, who also ran for president in some early Democratic primaries this year. Mr. Biden stood with his wife, Dr. Jill Biden, and Gov. Andrew M. Cuomo of New York.

Mr. Cuomo has had blistering criticism of the Trump administration’s response to the coronavirus in New York, and Mr. Pence upbraided Mr. Cuomo in return in an interview last month.

Canada to U.S. Visitors: Please Don’t Sneak Across the Border

Pandemic Travel, With Another Family or Maybe Three

Official Misconduct Has Played Role in More Than Half of Exoneration Cases, Study Finds