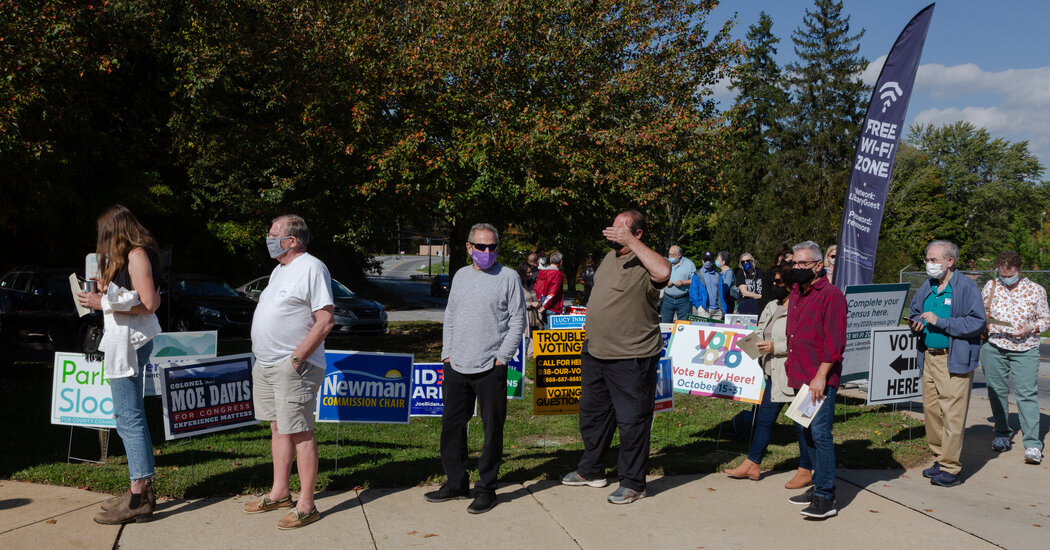 North Carolina may have broken a record for first-day, early-voting turnout on Thursday, when more than 333,000 people showed up in person to cast their ballots, according to the North Carolina State Board of Elections.

That’s more than double the number of voters who cast their ballots in person on the first day of early voting in the 2016 presidential election, according to data shared by the board in a statement.

More than 550,000 mail-in ballots have also been accepted in the state.

Voters across North Carolina enjoyed warm, sunny weather on Thursday, and there were reports of long lines at polling places — as has been the case at many early voting sites across the United States.

When most of Georgia opened for in-person voting on Monday, people in the Atlanta suburbs waited four, five, even seven hours to vote. The next day in Texas, turnout in a few counties was equivalent to more than 10 percent of those counties’ entire vote in the 2016 election.

In North Carolina, around 48 percent of the Thursday in-person voters were registered Democrats, compared to about 27 percent who were registered Republicans, according to data compiled by the U.S. Elections Project, which is run by Michael McDonald, a politics professor from the University of Florida. About 25 percent had no party affiliation.

A poll this week from The New York Times and Siena College found that President Trump and Senator Thom Tillis trailed their Democratic challengers in North Carolina, signaling potential trouble for Republicans in a state critical to both the presidential race and the battle for control of the Senate.

Coronavirus in California: Tiers for Reopening