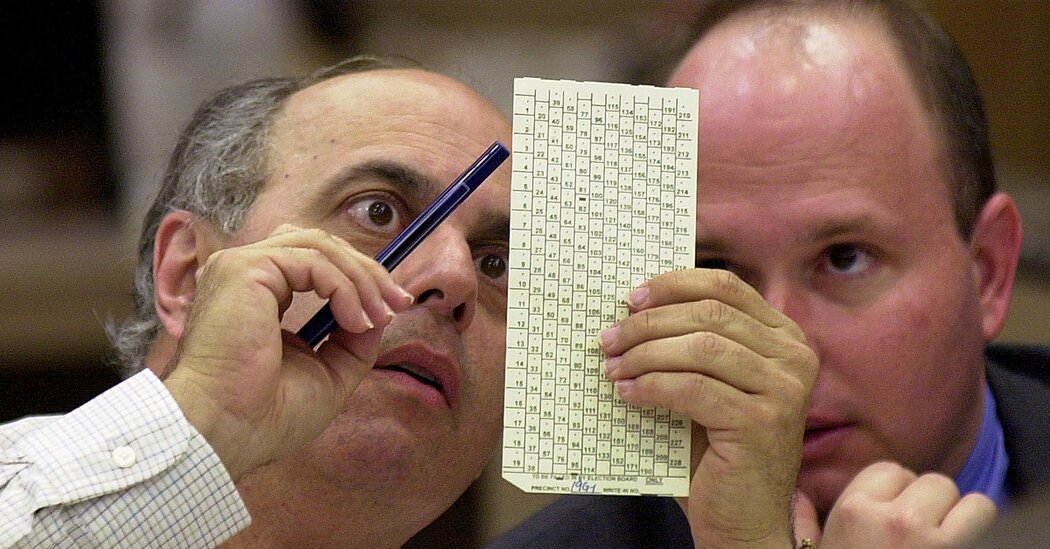 More than two decades of scandals and blunders have made Florida the nation’s elections punchline, the state that kept the world at the edge of its seat while votes for president were manually recounted.

“I feel like I’ve seen this movie before,” a federal judge, Mark E. Walker, wrote this month after Florida’s voter registration site crashed under the weight of thousands of last-minute applications.

Now the state faces an election conducted in the midst of a pandemic, amid unsubstantiated fraud claims spread by the president and others. Reasonable predictions suggest that wrangling over the results could stretch far beyond election night.

Elections officials say yes. With the snafus of years past, they say, have come lessons that prepared the state to process a crush of mail ballots and juggle coronavirus-era logistics, from securing drop boxes to distributing sanitizer.

But this is Florida, the nation’s biggest presidential battleground and a mirror of American polarization, where winning an election by more than a percentage point is considered a landslide. And where, to crib Faulkner, the past is never really past.

The most pressing concern is the expected surge in mail ballots — and in envelopes with missing or problematic signatures. Florida allows voters to “cure” deficient ballots, but that requires time for supervisors to notify them.

If that vulnerability is obvious, others are less so.

Attacks by Russian hackers in at least two counties in 2016 have never been fully explained, raising questions about whether the state might still be vulnerable, despite security upgrades.

Civil rights groups complain that Republican leaders are creating last-minute obstacles for voters who want to use drop boxes and for former felons who recently regained their voting rights.

And the prospect of citizens flocking to stake out polling stations in response to unsubstantiated rhetoric about possible fraud has prompted elections supervisors to meet with law enforcement on keeping the polls safe.

“Florida has very good laws about voter intimidation,” said Mark Earley, a supervisor in Tallahassee. “I’m a little bit more concerned about party heads responding to the noise. We don’t need help, OK? More people with high emotional levels is not a recipe for helping a supervisor of elections office. Let us do our jobs.”

Vulnerable Border Community Battles Virus on ‘A Straight Up Trajectory’

In a Small Alabama Town, Suddenly All Politics Is National