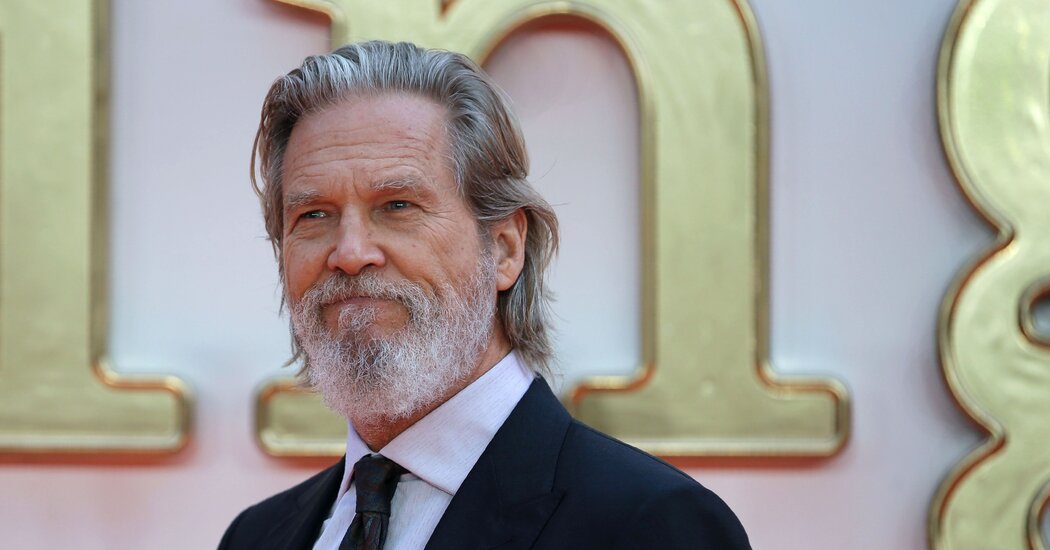 Jeff Bridges, the actor known for his roles as Bad Blake in “Crazy Heart” and The Dude in “The Big Lebowski,” announced on Monday that he has lymphoma.

“Although it is a serious disease, I feel fortunate that I have a great team of doctors and the prognosis is good,” Mr. Bridges tweeted, with a nod to The Dude. “I’m starting treatment and will keep you posted on my recovery.”

He said that he was grateful for the love and support from his family and friends during this time.

“Thank you for your prayers and well wishes,” he said before urging people to vote.

A representative for Mr. Bridges did not immediately return a request for comment on Tuesday.

Lymphoma, according to the Mayo Clinic, is a cancer of the lymphatic system, which helps the body fight germs.

Mr. Bridges did not specify what his treatment entailed, but options vary based on the type and severity of the cancer, the clinic said. Those options can include chemotherapy, immunotherapy and radiation therapy.

Mr. Bridges hails from a family of actors, including his father, Lloyd, who died in 1998, and his brother, Beau. He began his acting career in the late 1950s and has appeared in more than 90 projects, according to IMDb. He’s earned seven Academy Award nominations and won the Oscar in 2010 for best performance by an actor in a leading role for “Crazy Heart.”

In a 2017 interview with The New York Times, Mr. Bridges said he wasn’t sure if he related most to the Dude out of all of his characters. The different roles he plays, Mr. Bridges said, start with himself and he sees what lines up with the character.

“You might magnify those aspects of yourself that work with the character, or keep those parts of you that don’t match to the curve,” he said.

When asked what makes people adore the Dude, Mr. Bridges said. “He is who he is and doesn’t mess around with trying to be something else. It’s kind of a mystery to me.”

According to IMDb, Mr. Bridges was recently filming “The Old Man,” an FX series that is set to debut on Hulu next year.

Not the Convention, or the Election, North Carolina Republicans Hoped For

How the Coronavirus Attacks the Brain