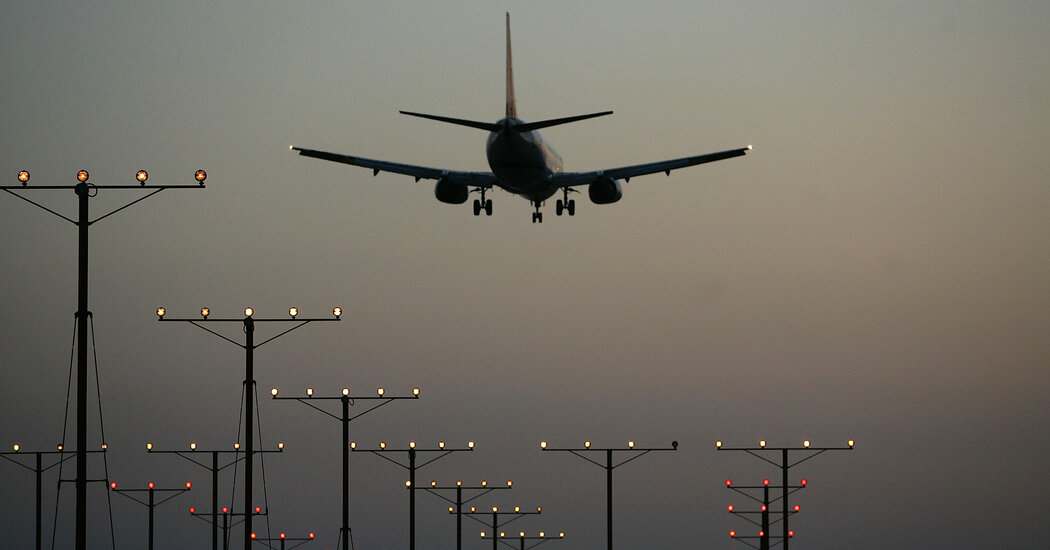 For the second time in six weeks, crew members on a commercial airliner flying near Los Angeles International Airport on Wednesday found that they were sharing the skies with a person soaring solo over Southern California in a jetpack.

The latest encounter was reported to have occurred at an altitude of 6,000 feet — nearly six times the height of the Wilshire Grand Tower, the tallest building not only in Los Angeles but west of the Mississippi.

A China Airlines crew spotted the person about 1:45 p.m. Wednesday roughly seven miles northwest of the airport, the Federal Aviation Administration said. The agency is investigating the report.

A spokeswoman for the Federal Bureau of Investigation said, “We are aware of the report and are in contact with the F.A.A.,” but declined to comment further. Federal officials said last month that they were investigating the earlier jetpack sighting by two commercial pilots.

On Aug. 29, an American Airlines pilot called the control tower about 6:45 p.m. and reported seeing what appeared to be a man with a jetpack at about 3,000 feet.

Shortly after that exchange, a JetBlue pilot said he had also seen the man pass by. After asking the JetBlue pilot to keep a lookout, the controller added, “Only in L.A.”

The sightings at such high altitudes are surprising, given that most jetpacks are not equipped to fly for more than a few minutes, or to go very high. Flying in busy airspace like that around a major city’s airport also presents the risk of a collision with a jetliner or of being drawn into a plane’s engine.

Some are still attempting high-altitude flights. Earlier this year, a pilot from Jetman Dubai, a team of pilots trying to push the boundaries of autonomous human flight, flew nearly 6,000 feet up using a jetpack in a flight that lasted three minutes. The landing was aided by a parachute.

And JetPack Aviation, based in the San Fernando Valley area of Los Angeles, invented what it calls “the world’s only JetPack,” which can reach up to 15,000 feet in altitude and operate for about 10 minutes. The company does not sell its jetpack, but it allows those who complete a three-week training program to operate it in a controlled space.

The Future of Airbnb

Barr says it’s normal for the Justice Dept. to defend the president in a defamation suit.