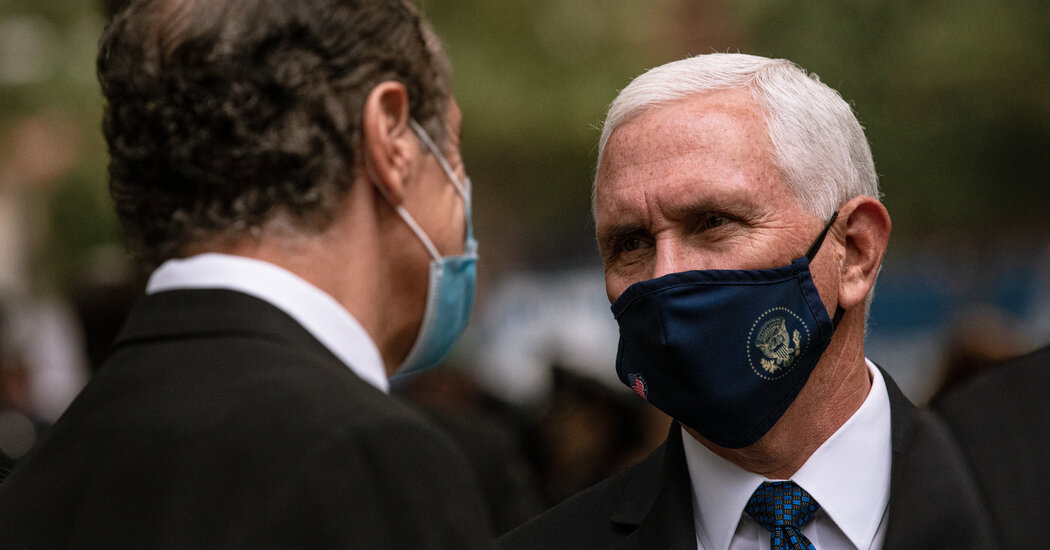 Vice President Mike Pence has called off plans to attend a fund-raiser in Bozeman, Mont., on Monday evening hosted by a couple who have shown support for QAnon, the convoluted conspiracy theory built around the notion of a deep-state cabal of Satan-worshiping pedophiles and their powerful Democratic backers.

Dismissed as the wild rantings of internet trolls after it emerged in late 2017, QAnon has slowly crept toward the Republican mainstream, pushed at times by Mr. Trump and his allies. More than a dozen Republicans running for Congress this year have expressed some degree of belief in QAnon, as have a number of candidates in state races, though the conspiracy theory has been labeled a potential domestic terror threat by the F.B.I.

Mr. Pence’s plan to attend the fund-raiser on Monday was set to become the latest example of how QAnon beliefs are becoming normalized on the American right. The hosts, Caryn and Michael Borland, are wealthy Republican donors who have retweeted QAnon posts on social media and shared memes about the conspiracy theory.

But the Trump campaign quietly shelved Mr. Pence’s plans to attend the fund-raiser after The Associated Press reported last week that the couple had shared QAnon posts. The campaign said over the weekend that the decision to skip the fund-raiser was due to a scheduling change, and did not address the outcry over the host’s QAnon ties.

The G.O.P.’s official stance in 2020 is that it is for whatever Trump says.