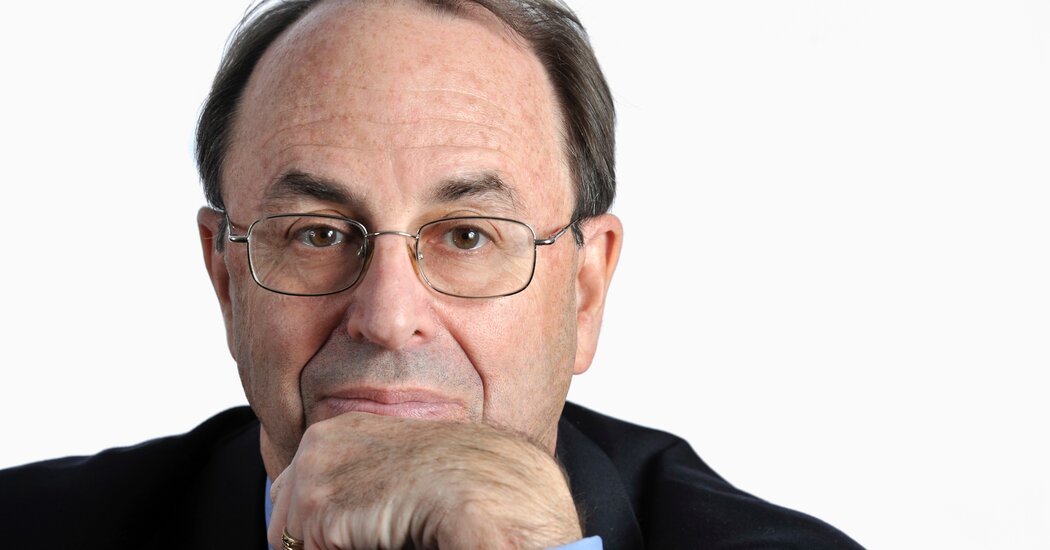 Richard Gelles, a prominent sociologist, had been one of the nation’s foremost defenders of family preservation, the practice of reuniting biological parents with their children even if they had abused them.

But after studying the horrific deaths of many children at the hands of their parents, including a 15-month-old whose mother suffocated him to death, Dr. Gelles did an about-face.

He took his outrage to Washington in the mid-1990s and helped draft landmark legislation that said the safety of a child should supersede attempts to reunite a family. The new law made it easier for children who were languishing in foster care, because their biological parents still had custody, to be put up for adoption.

Dr. Gelles died on June 26 under hospice care at his home in Philadelphia. He was 73. His son David Gelles said the cause was brain cancer.

Dr. Gelles, who taught at the University of Pennsylvania School of Social Policy and Practice, where he also served as dean for more than a decade, was one of the world’s leading scholars of family violence and child welfare.

Over a four-decade career, he wrote 26 books, served as an expert witness in scores of legal cases and was a prolific contributor to the national conversation about domestic violence. In 1984, Esquire magazine named him among a select handful of “Men and Women Under Forty Who Are Changing America.” He was 38 at the time and had already written nine books.

Among his best known was “The Violent Home: A Study of Physical Aggression Between Husbands and Wives” (1974), based on his doctoral dissertation, which was the first systematic investigation of spousal abuse. In subsequent editions, he examined elder abuse as well as violence by adolescents toward their parents.

His “Behind Closed Doors” (1980), written with Murray A. Straus and Suzanne Steinmetz and based on a seven-year study of more than 2,000 American families, showed how thoroughly domestic violence was woven into the fabric of family life.

“Because of the pioneering work of these authors,” Jeff Greenfield wrote in The New York Times Book Review, “we know that battered children become battering parents, that violent criminals were usually abused as children, and that the dimensions of family violence are wider than we had ever imagined.”

For many years, Dr. Gelles was a strong proponent of keeping families together, as federal law and social policy called for, even when child welfare agencies knew the parents had been abusive.

But his research, and a rash of shocking child abuse cases, helped convince him that some parents were not fit to be parents.

In “The Book of David” (1996), the story of a mother who suffocated her 15-month-old son, Dr. Gelles showed how the family preservation model and child welfare agencies had failed “David” — the facts of the case were actually a composite of several such incidents — and thousands of other children. Among the statistics he cited was this: Of the 2,000 children who are killed nationally every year by their parents or caretakers, half die even though a governmental agency has been monitoring the families.

“Rich was an unapologetic critic of the child welfare system,” Mary M. Cavanaugh, dean of the Silberman School of Social Work at Hunter College, said in an interview. “He believed that due to unsupportable adherence to family preservation policies, children were being placed at risk for further abuse and death.”

The story of David helped Dr. Gelles crystallize his view that the rights of the child should outweigh the ideal of family preservation.

Critics latched on to his use of composites to challenge his conclusion; being removed from a family and left in foster care, they argued, often had its own negative consequences. The controversy rages to this day.

“He was not a beloved guy,” Dr. Cavanaugh said. “But he didn’t mind being unpopular. He was not afraid to speak the truth.”

Dr. Gelles, who was a professor at the University of Rhode Island at the time, took a sabbatical and went to Washington to work as a fellow on the House Ways and Means Committee. He was instrumental there in shaping the landmark Adoption and Safe Families Act of 1997.

That act replaced 1980 legislation that said states had to make “reasonable efforts” to reunite families before putting them in foster care. The new law said that if a child had been in foster care for 15 of the previous 22 months, states had to terminate the biological parents’ rights so the child could be put up for adoption.

Until then there had been no time limit at all, and children could languish in foster care until they aged out. The new legislation, signed into law by President Bill Clinton, enabled more children to be adopted.

“Rich’s critique of the child welfare system not only indelibly shaped public policy,” Dr. Cavanaugh said, “but his work protected and saved the lives of innumerable children.”

Richard James Gelles was born on July 7, 1946, in Newton, Mass. His father, Sidney, made and sold neckties. His mother, Clara (Goldberg) Gelles, was an artist, potter and homemaker.

At New Hampshire he studied under Dr. Straus, and they became frequent collaborators. Dr. Straus, considered the father of the field of family violence research, established that people were more likely to be assaulted by their families than by strangers, which fundamentally altered conceptions about crime.

Dr. Gelles married Judy Isacoff, a photographer and artist, in 1971. She died in March of a ruptured brain aneurysm. In addition to his son David, Dr. Gelles is survived by another son, Jason; a brother, Robert; and three grandchildren.

He also served as a consultant to the National Football League and the U.S. Army on matters of domestic violence.

The ringtone on his phone was the theme music from “The Magnificent Seven.”

Giuliani denies he did anything wrong in the new ‘Borat’ movie.

Barr to Testify on Protest Response, Mueller Inquiry and Other Issues