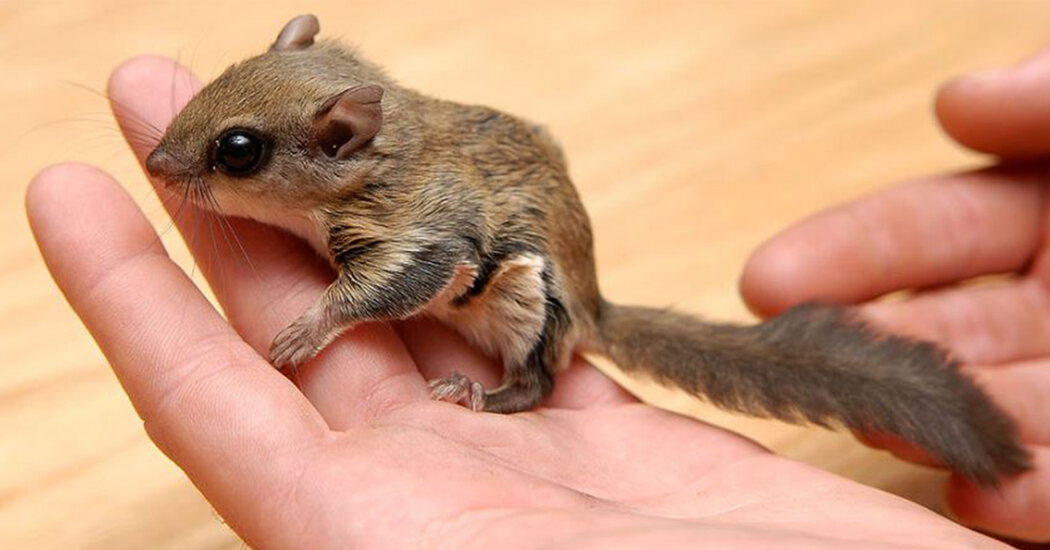 Seven people have been charged in a Florida-based international flying squirrel trafficking scheme in which thousands of the creatures were exported to Asia, state conservation officials said on Monday.

As many as 3,600 flying squirrels, a protected species in the state, were trapped in less than three years, the Florida Fish and Wildlife Conservation Commission said in a statement. Poachers deployed 10,000 squirrel traps throughout the area around Marion County, Fla., about 80 miles north of Orlando, it said.

Poachers sold the animals to a wildlife dealer, Rodney Knox, in nearby Bushnell, Fla., who then “laundered” them through his licensed business, claiming that they were bred in captivity, the commission said.

Buyers from South Korea traveled to Florida, purchased the squirrels and drove them in rental cars to Chicago, the commission said. An “unwitting wildlife exporter” then sent them to Asia, it said, and as the scheme grew, couriers from Georgia used Atlanta as a pit stop for the exporting.

The squirrels were estimated to be worth more than $1 million, and Mr. Knox received $213,800 from the trafficking, the commission said. Six of the seven people have been arrested, while one is a fugitive, it said, adding that four of those arrested were from Florida and two from Georgia.

Mr. Knox was charged with money laundering, grand theft and dealing in stolen property, among other charges. The others face similar charges.

Lawyers for Mr. Knox and the others charged were not immediately able to be reached on Monday.

The commission was tipped off by a concerned citizen in January 2019 about the trapping. During a 19-month inquiry, the commission said, investigators found that the suspects from Florida had also been trapping and trafficking protected freshwater turtles and alligators through similar means.

The investigation included conservation officials from Illinois, California and Georgia, as well as the U.S. Department of Homeland Security.

Flying squirrels are the smallest of the three tree squirrel species native to Florida, said Steve Johnson, an associate professor of wildlife ecology and conservation at the University of Florida in Gainesville.

They feed on normal squirrel snacks like acorns, he said, and roost in hijacked bird nests.

The removal of the trafficked squirrels from their ecosystems could have an impact on their predators, like owls and “rat snakes that are really good climbers,” Dr. Johnson said, though because the squirrels have a high reproductive rate, the population will most likely be able to bounce back fairly quickly from the poaching.

Buyers on the receiving end of the trafficking ring probably purchased the flying squirrels as pets. In South Korea and other parts of East Asia, cute, exotic animals like flying squirrels are popular and are featured in cafes where patrons can sip coffee and play with the creatures.

Dr. Johnson, however, said that the buyers might have gotten more than they bargained for. The flying squirrels are nocturnal and are probably a nuisance to have around at night.

“I don’t see the point at having a gnawing, nocturnal rodent as a pet,” he said.

Millions of Evictions Are a Sharper Threat as Government Support Ends

Detroit opens 21 new satellite sites for voters to pick up and drop off absentee ballots.

How I Cover a Debate