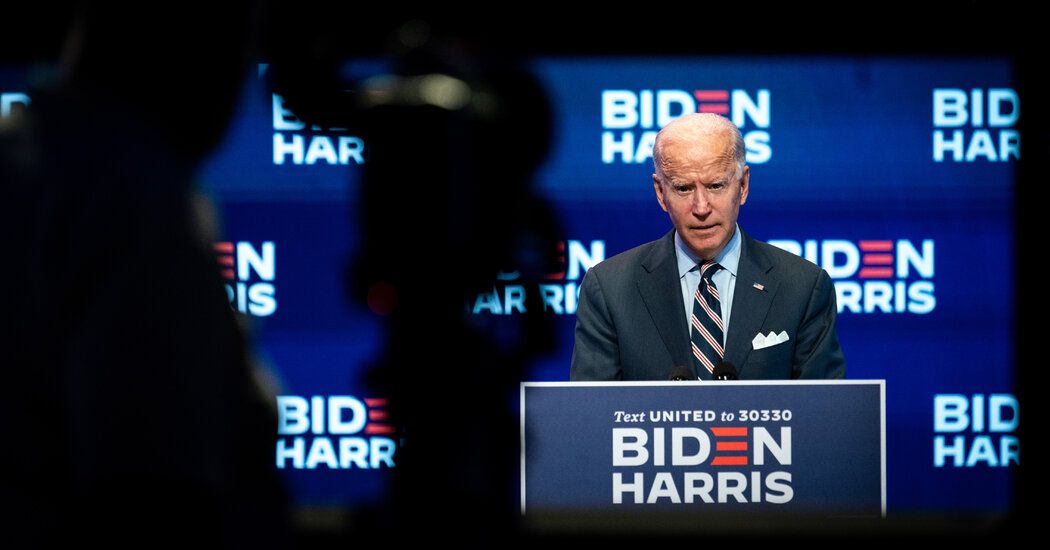 As President Trump ramps up advertising claiming that Joe Biden will raise taxes and destroy the economy, Biden campaign officials are punching back, describing Mr. Trump as a president who “looks down on working people.”

“Joe Biden sees this election as Park Avenue versus Scranton,” Kate Bedingfield, Mr. Biden’s deputy campaign manager, said in a call with reporters on Thursday, referring to Mr. Biden’s Pennsylvania hometown. “We’ve got a president in Donald Trump who can only see as far as Wall Street and who looks down on working people.”

“Joe Biden just has a fundamentally different view of what it means for the economy to be doing well than Donald Trump does,” she continued. “Joe Biden believes the economy is not doing well unless middle-class families and working people are doing well.”

The call came as Mr. Trump’s campaign has released a set of television ads that attack Mr. Biden’s tax policies and assert that Mr. Trump has built “the strongest economy we’ve ever seen.”

“If Joe Biden gets elected, we can kiss goodbye to the economy that we’ve been enjoying,” a woman who describes herself as a small-business owner says in one ad. “He’s going to raise taxes, he’s already said that.”

The Biden campaign in its call did not dispute that he would raise taxes, but insisted that taxes would not increase for those making less than $400,000 a year.

“I want to be very, very clear about something: If you make under $400,000 — if you are an individual who makes under $400,000 — you will not pay a penny more in taxes when Joe Biden is president. Period. End of story,” Ms. Bedingfield said. She accused Mr. Trump of engineering “a huge tax giveaway for the super wealthy and for corporations.”

Mr. Trump’s approval ratings on the economy remain high, and allies have been urging Mr. Biden to focus more on Mr. Trump’s stewardship of the economy. Last week, during a campaign stop at an auto workers union in Michigan, he sketched a plan to keep more jobs in the United States.