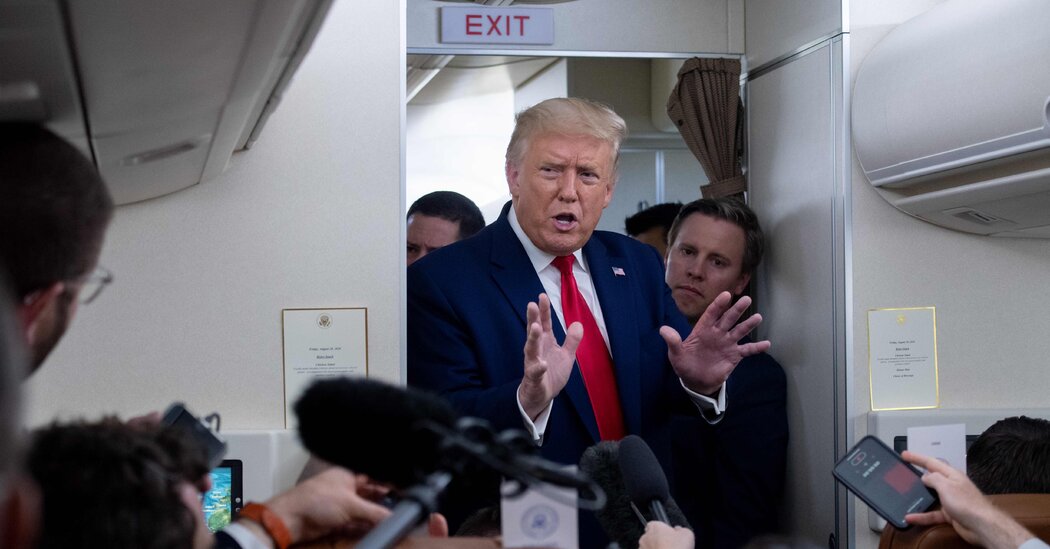 President Trump’s campaign and the Republican National Committee are planning a $55 million advertising blitz for the final two weeks of the campaign, officials said Monday on a call with reporters. The push comes as Joseph R. Biden Jr. leads Mr. Trump in most national election polls 15 days before the election.

The advertising campaign will target states in the Sun Belt and the Rust Belt, including Arizona, Michigan, North Carolina, Florida, Pennsylvania, Georgia, Nevada and Wisconsin. There will also be ads in Iowa and Ohio, the president’s campaign manager, Bill Stepien, said.

For weeks, the Trump campaign has been out-advertised on television, but Mr. Stepien praised the ground operation built by the R.N.C. as a counterforce. He said that the Biden campaign’s late push on the ground was simply “too late.”

The new ads are focused in particular on reaching older voters, who polls have shown moving toward Mr. Biden. Ronna McDaniel, the chairwoman of the Republican National Committee, said one ad would focus on “Medicare savings” achieved during Mr. Trump’s tenure, which she called “truly phenomenal.”

“This is really a tale of two campaigns. Joe Biden is putting it all on TV,” Mr. Stepien said, saying that Mr. Trump is running a “real campaign.”