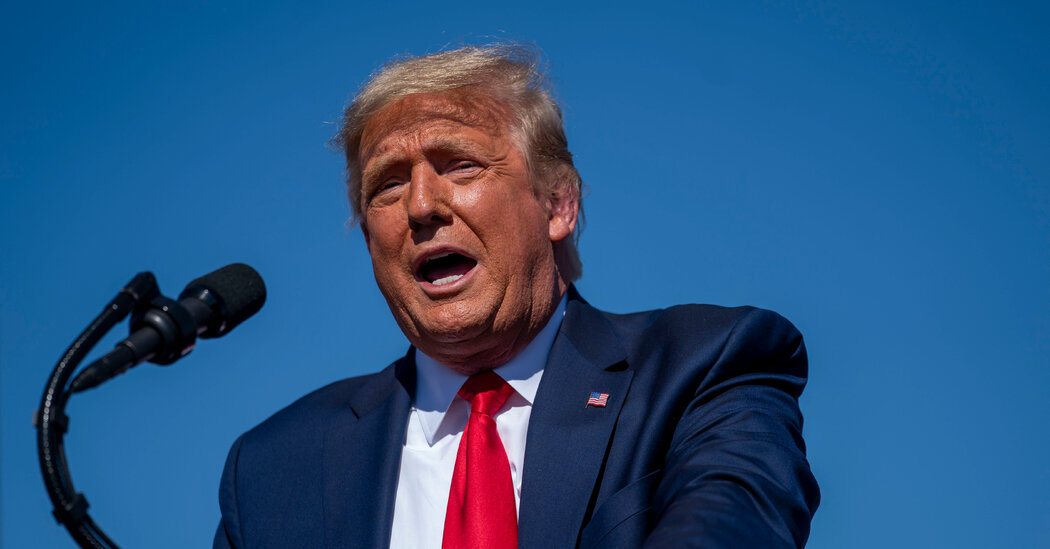 President Trump traveled to Arizona on Monday for rallies in Prescott and Tucson. Here’s a snapshot of how the state has been doing on two of the biggest issues of the day: the coronavirus and the economy.

Arizona has had 231,910 coronavirus cases, the eighth highest total in the nation, and 5,830 deaths, the 11th highest total, according to a New York Times database.

Early in the summer it led the nation in new infections per capita, part of a surge in Sun Belt states that had opened quickly in late spring. It hit a peak of 4,797 new cases one day in late June, but new infections declined after Gov. Doug Ducey, a Republican, reversed himself and allowed local governments to require residents to wear masks.

Over the past week, there have been an average of 796 cases per day, an increase of 58 percent from the average two weeks earlier.

Arizona’s unemployment rate in September was 6.7 percent, according to Moody’s Analytics — lower than the national average of 7.9 percent. But to answer one of the most basic questions of a re-election campaign — are you better off today than you were four years ago? — unemployment in the state is higher than it was in September 2016, when it stood at 5.3. percent.

There are 15 days until Election Day. Here are the schedules of the presidential and vice-presidential candidates for Monday, Oct. 19. All times are Eastern time.

State of the Race, as Told by Ads

Trump Hits Out at the C.D.C. Director

A Half-Century After Wallace, Trump Echoes the Politics of Division