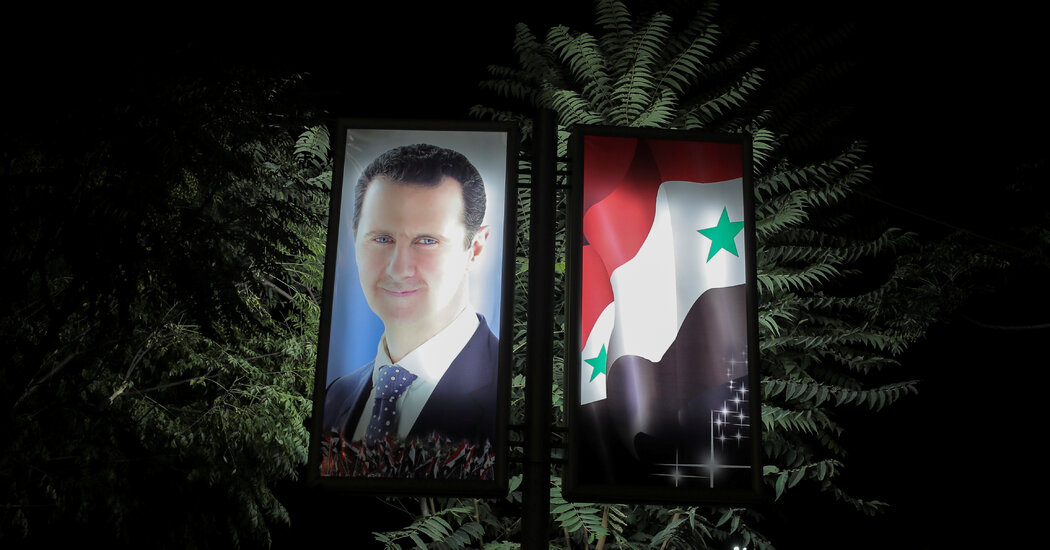 President Trump claimed on Tuesday that he wanted to assassinate President Bashar al-Assad of Syria early in his presidency, at the height of that country’s bloody civil war, but James N. Mattis, then the secretary of defense, stopped him.

“I would’ve rather taken him out. I had him all set,” Mr. Trump said during a morning appearance on “Fox & Friends.” “Mattis didn’t want to do it. Mattis was a highly overrated general.”

That assertion contradicts Mr. Trump’s own previous denials that he ever considered going after the Syrian strongman, whose regime has killed scores of thousands of civilians.

In 2018, Bob Woodward reported in his book “Fear” that Mr. Trump told Mr. Mattis the military should kill Assad. But Mr. Trump called that account “fiction” after the book came out. “That was never even contemplated, nor would it be contemplated and it should not have been written about in the book,” he said.

Mr. Trump has repeatedly lashed out at Mr. Mattis, who has criticized the president since leaving office last year. Mr. Mattis declined to comment on Tuesday.

The president, who had suggested he did not plan to read “Rage,” Mr. Woodward’s new book on him, said Tuesday he managed to read the 480-page tome sometime Monday night, cramming it into a packed schedule that included a flight back from California.

“I actually got to read it last night,” he said. “I read it very quickly and it was very boring.” When asked if the book, based in part on 18 interviews with Mr. Trump, was accurate, he replied, “It’s fine.”

The president also suggested several times that he would sit for a weekly interview on the show. “I think we’re going to do this, we’ve agreed to do it once a week in the morning, and I look forward to it like the old days,” he said.

This was news to the co-host Steve Doocy. “I haven’t heard that,” he said. “That’s an exclusive right there!”

Later, Mr. Doocy took a somewhat firmer line. “You may want to do it every week, but Fox is not committed to that,” he said. “We’ll take it on a case-by-case basis, and Joe Biden as well is always welcome to join us for 47 minutes, like we just did with the president.”

Selling the Census Last Minute, With Cowboys and Sudoku

Ex-felons in Florida got back the right to vote, but then state Republicans gutted the effort.

Impeachment, once seen as the battle of a generation, has vanished from the political landscape.