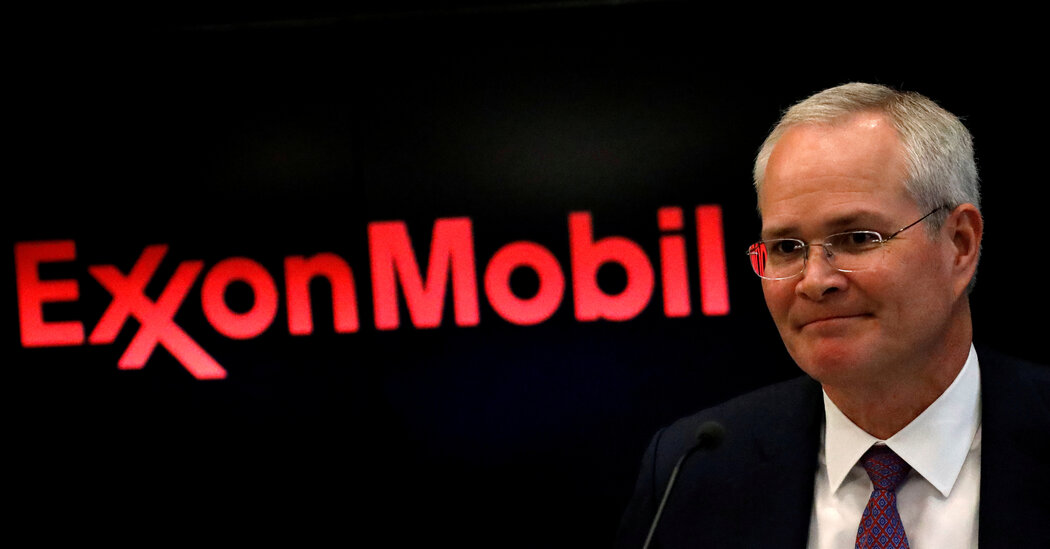 Shortly after President Trump said at a campaign rally that he could, hypothetically, call up the chief executive of Exxon Mobil and ask for a campaign contribution in return for granting political favors, the company took to Twitter to say that no such call had ever taken place.

“We are aware of the President’s statement regarding a hypothetical call” with Darren Woods, Exxon’s chief executive, the company wrote on Twitter. “Just so we’re all clear, it never happened.”

At a campaign rally in Prescott, Ariz., on Monday, Mr. Trump told the crowd that he could be “the greatest fund-raiser in history” if he wanted.

Mr. Trump said he could say: “Hi. How are you doing? How’s energy coming? When are you doing the exploration? Oh, you need a couple of permits?”

Mr. Trump said he could ask for $25 million and the response from Exxon would be positive. “Absolutely sir, why didn’t you ask? Would you like some more?’” Mr. Trump said as he played out the scenario for the applauding crowd.

“I will hit a home run every single call,” he said. “I would raise a billion dollars in one day if I wanted to. I don’t want to do that.”

Federal law prohibits campaign contributions in exchange for a favor or advantage granted, like exploration and production licenses.

Exxon said no such call had ever happened.

The oil and gas sector has been a major source of campaign contributions to the president, who has spent the last several years rolling back environmental regulations.

Mr. Trump’s comments came after reports showing his challenger, Joseph R. Biden Jr., has outpaced him in fund-raising. In just over a year, Mr. Biden’s online fund-raising has increased 1,000-fold, to $24.1 million on Sept. 30. At the same time, the Trump campaign is reining in its budget.

Trump Rebukes C.D.C. Chief Over Masks and a Vaccine Timeline

The Virus Is a Marathon

Republicans will now gear up to renominate Trump.

Obama is publishing the first half of his memoir right after the election.