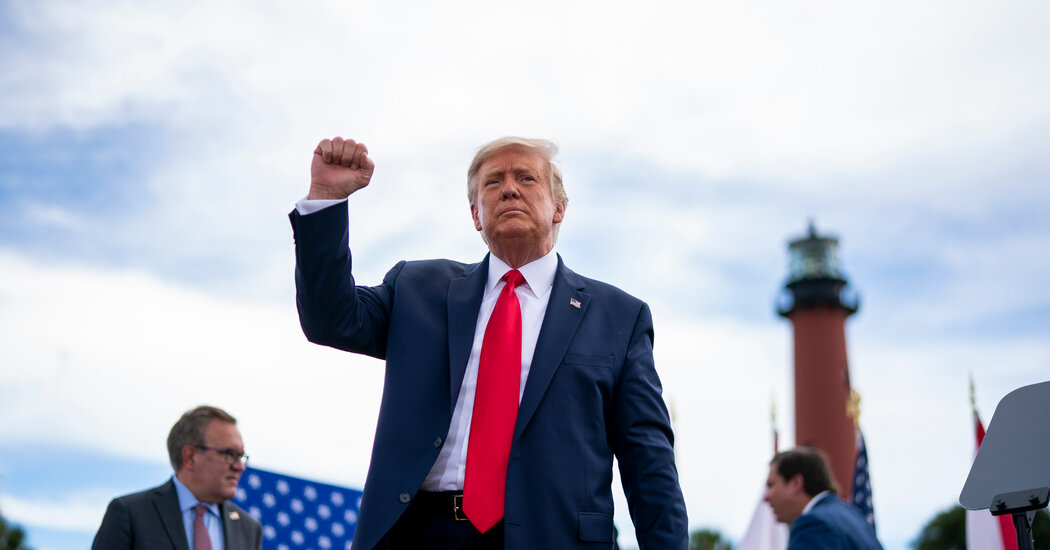 Before the first presidential debate last month, the polling picture looked bad for President Trump. Afterward, it looked even worse.

That is partly because so many voters were turned off by his bellicose performance at the debate, telling pollsters in overwhelming numbers that they had disapproved of his attacks on Joseph R. Biden Jr.

And the president’s Covid-19 infection, announced just days later, didn’t help either: Most Americans held him at least partly responsible for it, saying he had not taken the virus’s threat seriously enough, according to surveys.

As a result, what had been roughly a seven-point lead for Mr. Biden in national polling averages in late September quickly expanded. His average lead has now grown into the double digits.

In an ABC News/Ipsos poll conducted after the president announced he had Covid-19, more than seven in 10 Americans said that he had not taken the risk of infection seriously enough, and that he hadn’t taken proper health precautions.

In both Florida and Pennsylvania, races that had looked competitive are now tipping more decisively toward Mr. Biden, according to polls by Monmouth University and Quinnipiac University conducted this month as the coronavirus flared back up in parts of the country — including at the White House — and Mr. Trump announced he had tested positive.

Mr. Trump also tends to trail Mr. Biden significantly on matters of empathy, and the former vice president often links Mr. Trump’s struggle to show compassion with his botched coronavirus response. “The only senior that Donald Trump cares about — the only senior — is senior Donald Trump,” Mr. Biden told a crowd at a community center Broward County, Fla., earlier this week.

Of course, the split-screen political theater of tonight’s town hall events presents a challenge for candidates seeking to persuade voters who might be disinclined to support them. Not until polls emerge in the coming days will we know whether many voters even tuned in to watch a candidate with the intention of having their vote choice changed.

After Susan Collins again says she won’t back Judge Barrett, Trump lashes out.

The Virus Found a Crowded Houston Neighborhood, Sparing One Nearby

Why One Activist Injured in Charlottesville Won’t Give Up