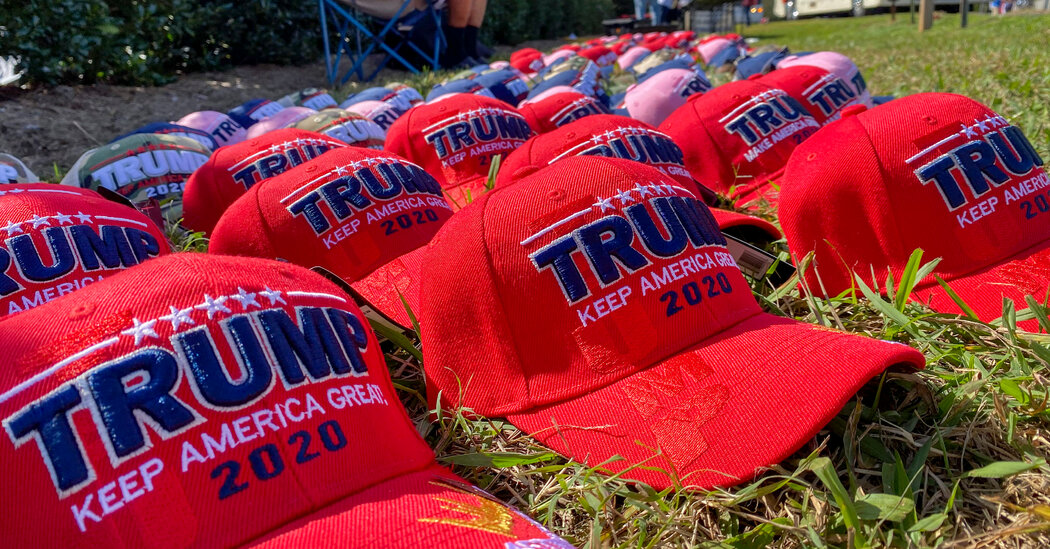 President Trump will hold a rally Wednesday night in Gastonia, N.C., in a state whose officials he clashed with earlier this year over the Republican National Convention, which was scheduled to be held there. The president balked at their demands that convention-goers follow social-distancing measures intended to stop the spread of the coronavirus.

Mr. Trump tried to move the convention to Florida, only to be stymied by a virus outbreak there. So Republicans wound up holding a few convention events in North Carolina while holding most in Washington, including at the White House, which later had its own outbreak.

Current North Carolina polls show Joseph R. Biden Jr. with a narrow edge over Mr. Trump, averaging 2 percentage points, according to the Upshot’s calculator. Here is a look at how North Carolina is doing on two the biggest issues of the election: the coronavirus and the economy.

In recent days, North Carolina has seen some of its highest average numbers of new coronavirus cases since the pandemic began, according to a New York Times database. The state has averaged 2,045 new cases per day over the past week, an increase of 19 percent from its average two weeks earlier. As of Wednesday afternoon there had been at least 249,205 cases in the state — the seventh highest state total in the nation — and 4,019 deaths.

The unemployment rate in North Carolina was 7.3 percent in September, which is below the national average of 7.9 percent, according to data collected by Moody’s Analytics, but higher than it was four years ago, when it stood at 5.1 percent.

F.D.A. Allows Expanded Use of Plasma to Treat Coronavirus Patients