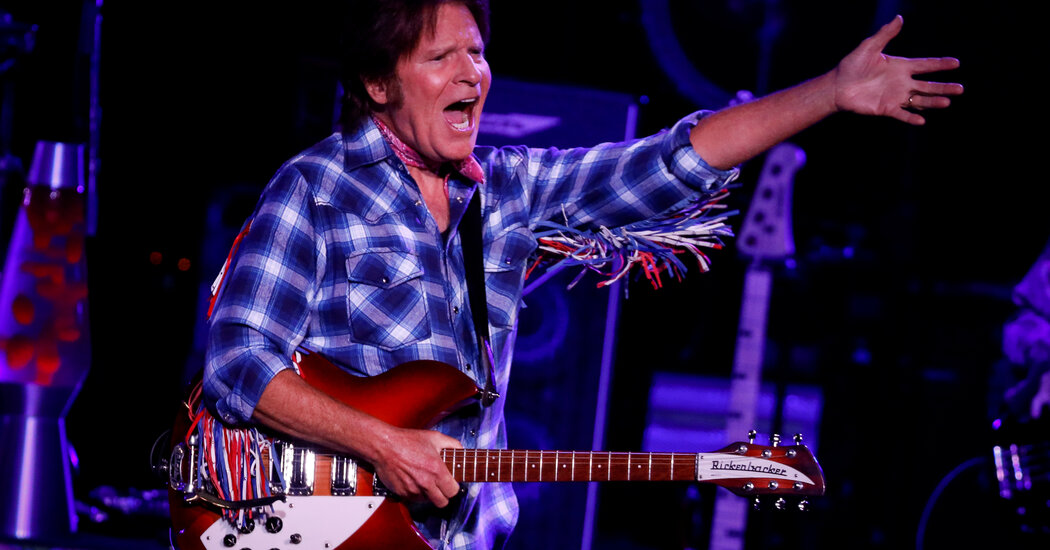 “Some folks are born, silver spoon in hand — Lord, don’t they help themselves,” Mr. Fogerty’s voice blasted from the speakers as American flags flapped over the stage. “But when the taxman comes to the door. Lord, the house looks like a rummage sale.”

The song would seem to be an unusual choice for a billionaire candidate who paid $750 in federal income taxes in 2016 and 2017 — even more so since Mr. Fogerty had demanded two days before the rally that Mr. Trump stop using it.

On Friday, Mr. Fogerty wrote on Twitter that he was “issuing a cease-and-desist order” to the Trump campaign over its use of the song, a precursor to seeking a legal order to stop it.

His statement on Twitter included a photograph of himself in uniform as a supply clerk at stateside Army bases.

“I wrote this song because, as a veteran, I was disgusted that some people were allowed to be excluded from serving our country because they had access to political and financial privilege,” Mr. Fogerty wrote. “I also wrote about wealthy people not paying their fair share of taxes. Mr. Trump is a prime example of both of these issues.”

At 75, Mr. Fogerty is one year older than Mr. Trump, who avoided military service during the draft by claiming he had a foot problem. The song includes the lyrics, “It ain’t me, It ain’t me, I ain’t no millionaire’s son.”

“It is confusing that the president has chosen to use my song for his political rallies when it seems, in fact, that he is probably ‘The Fortunate Son,’” said Mr. Fogerty in a video posted on his Facebook page last month.

A Trump campaign spokesman did not immediately respond to a request for comment.

In Detroit, Trump’s Postelection Offensive Has a Familiar Feel