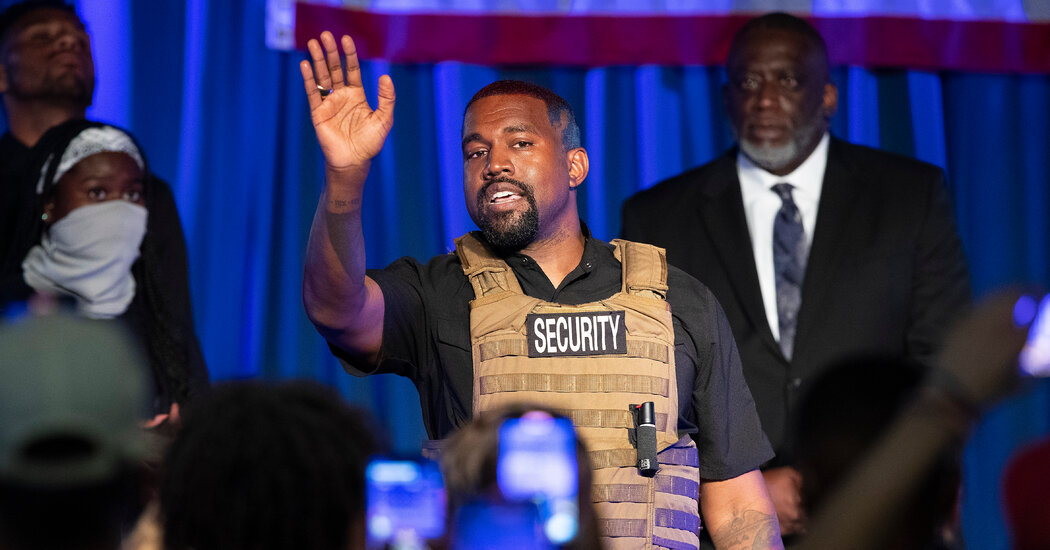 Virginia’s Supreme Court on Thursday denied Kanye West’s appeal to have his name included on the ballot in the general election, a victory for Democrats who were worried that he would siphon votes from Joseph R. Biden Jr.

Mr. West, a billionaire hip-hop artist, will not make the ballot in most states, among them Florida, Texas and Michigan. Several supporters of Mr. Trump have worked on the ground to help place Mr. West’s name on the ballot in multiple states. He will appear on ballots in Colorado, Minnesota and Iowa.

Mr. West, who was a loyal Trump backer until recently, when he declared his candidacy, has had only one campaign event, in South Carolina, where he broke down crying. His wife, Kim Kardashian West, has spoken about his struggle with bipolar disorder.

Mark Herring, Virginia’s attorney general, welcomed the ruling Thursday. “This case could have thrown the election into complete chaos and disenfranchised thousands of Virginians,” he wrote on Twitter.

The original suit was brought after some voters said West’s campaign had duped them into agreeing to be electors for him if he won the popular vote in Virginia. In that case, the Circuit Court in Richmond earlier this month granted an injunction prohibiting the Board of Elections from placing Mr. West’s name on the ballot.

In the decision Thursday, the state Supreme Court upheld the lower court ruling, saying: “Having considered the record and arguments presented, we find it is not ‘appropriate under the circumstances of th[is] case’ to alter the temporary injunction.”

After the ruling, Justin Sheldon, one of the lawyers representing some of the voters, said, “We’re very, very excited that the court upheld the temporary injunction and didn’t allow the fraud of the West campaign to affect, or have any impact on, the presidential election in Virginia this year.”

When asked in a previous interview with The New York Times why he was running in 2020 when it was too late to get on the ballot in every state, and whether he was being exploited by Republican operatives, Mr. West responded by text, writing: “The first question is incorrect as I am already on some ballots,” and using an emoji with a slight smile. He also texted, “Praise God for you,” and said he was finishing his album and not answering questions.

What to Know About California’s Ballot Propositions