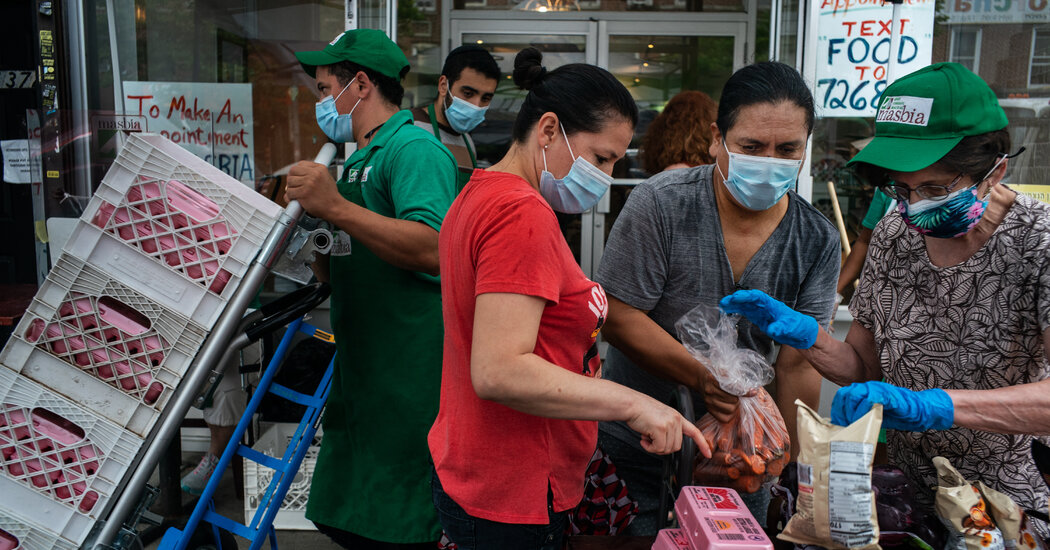 As the pandemic settled into New York City, hunger drove tens of thousands of residents into food pantry lines, many for the first time. An estimated 1.5 million people cannot afford food.

City Harvest, one of the largest emergency food distributors in New York, recorded nearly 12 million visits to the pantries in its network from March through August — about three million more than in the same period last year.

The New York Times spoke with New Yorkers who are relying on food banks to get by. They showed that at a time when we feel that nothing is in our control — not even the air we breathe — food is still comfort. y.

José Gavidia and his wife, Leyla Moale, began going to a food pantry in March after his $30,000-a-year freelancing business evaporated overnight.

Going to the pantry quickly became part of their shared schedules. One day after they had stood in line for about an hour, José said with a chuckle: “We got carrots. We got chicken. Eggs. What else? Oil. What else? I don’t remember. Oh, some chips, which is good because my wife doesn’t let me have chips. ‘No, that’s too expensive,’” he said, imitating her.

Leyla chimed in with her rule about snacks: “We make only popcorn at home.”

They had their best conversations over meals. “When we are not together here, it’s not the same,” José said. “Talking, eating, it’s something really special for me.”

By August, José was among thousands of Americans who had landed jobs as temporary census data collectors. He was grateful, but still worried. “It ends on October 24,” he said of his job.

Abductions, Censorship and Layoffs: Pakistani Critics Are Under Siege

The pandemic is far from over, experts say, despite Trump allies’ claims.