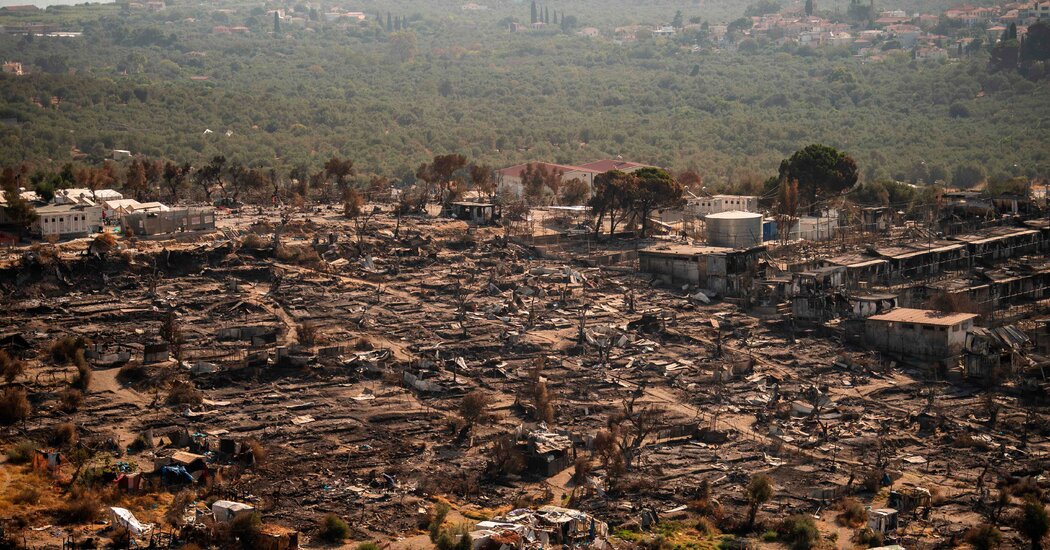 MYTILENE, Greece (AP) — Four Afghans were charged with arson on Wednesday for the alleged involvement in fires that destroyed most of a large migrant camp on the Greek island of Lesbos, authorities said.

The four Afghan men, who have not been named, were taken to a court on the island to be formally charged, and were later returned to police detention after being given three days to prepare their testimony.

The fires swept through the overcrowded Moria migrant camp on Lesbos last week, prompting more than 12,000 people to flee.

There were no casualties in the blazes, but most of the migrants from the camp are now without shelter, camped on a nearby roadside.

Two other migrants allegedly involved in setting the fires are underage, and are being held by police on the Greek mainland. They have not been formally charged.

The government maintains that the fires at Moria were set deliberately by migrants protesting confinement after the site was locked down following a coronavirus outbreak.

The Greek government on Tuesday urged the European Union to jointly run new refugee camps on Greece’s eastern islands as part of an overhaul of the E.U.’s migration policies.

Wedding Rings Lost in Shipwreck Will Be Returned to Migrant Couple