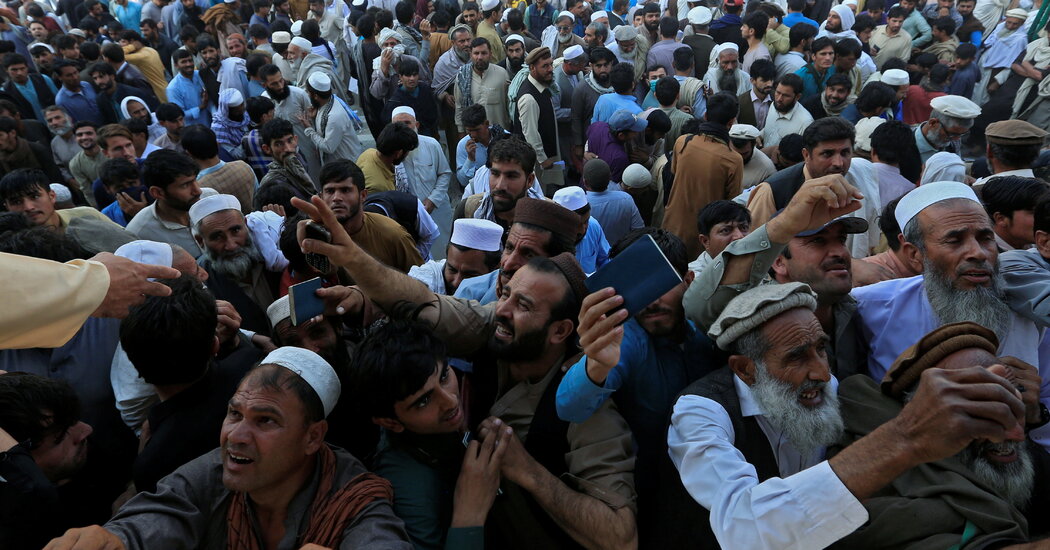 A stampede in a crowded stadium in eastern Afghanistan on Wednesday left at least 12 women dead, officials said. The women were among thousands of people hoping to get visas to enter Pakistan for medical treatment.

Many people in Afghanistan, a war-ravaged country with minimal health care facilities, cross the border into Pakistan for treatment. But since the spring, Pakistan had drastically reduced the number of visas that it issued to Afghans, hoping to minimize the spread of the coronavirus.

Pakistan recently announced that it would resume issuing visas at a more normal rate. But there was so much pent-up demand that thousands of people gathered before dawn at the soccer stadium, in the city of Jalalabad, waiting for tokens to be given out that would enable them to apply for visas. Just 1,000 visas were to be processed that day.

About 10,000 people were in the stadium when the stampede occurred, said Attaullah Khogyani, a spokesman for the governor of Nangarhar Province, which includes Jalalabad. The stampede began as the tokens were being distributed to the crowd, Mr. Khogyani said.

China Is on a Building Binge, and Metal Prices Are Surging