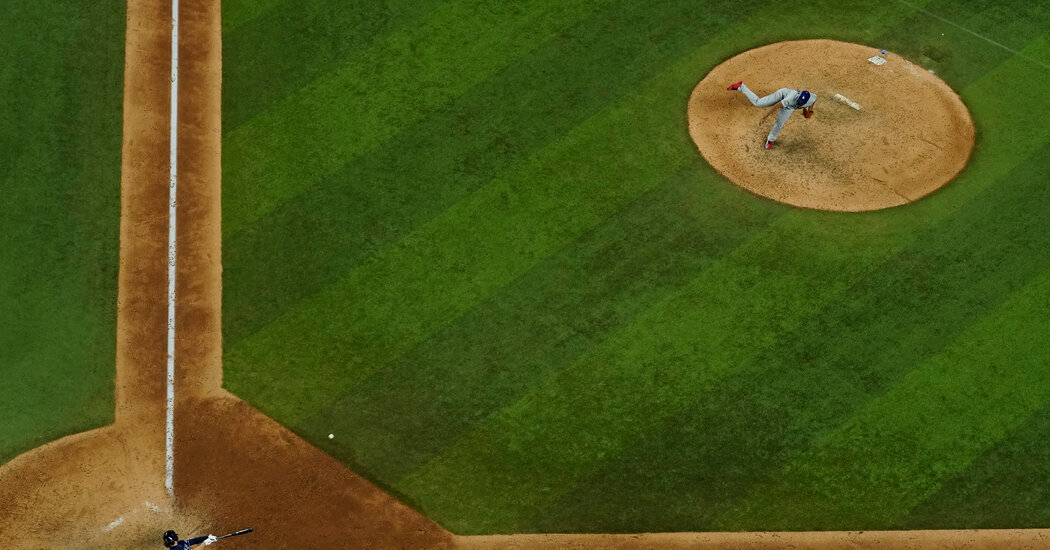 In mid-March, as the pandemic forced extensive lockdowns throughout the United States, professional sports came to a halt, with the very real possibility that no champions would be crowned in basketball, hockey or baseball.

Yet the N.B.A. somehow finished its season, with a LeBron James team on top again. The N.H.L. got a new Stanley Cup champion. The W.N.B.A. also delivered a title team, which included two of the league’s biggest stars. And Major League Baseball this week, if all goes as planned, will become the latest elite sports league to pull off the small miracle of completing a season that once appeared beyond hope.

For a league that began its delayed, abridged season with early outbreaks of 18 positive coronavirus tests for Miami Marlins players and 10 for St. Louis Cardinals players, crowning a World Series champion will represent a remarkable turnaround.

The sport learned from those outbreaks, tightening health and safety protocols, expanding mask requirements for players and staff members, restricting the places players could visit outside the ballpark, and instructing compliance officers to monitor clubhouses and team hotels.

On Friday morning, M.L.B. made its weekly announcement of coronavirus test results — a source of dread weeks ago, now a source of pride. The 3,597 monitoring samples collected and tested in the previous week had yielded zero new positives, the league said, and no player had tested positive for 54 days. In all, there have been 91 new positives — 57 players and 34 staff members — among the 172,740 tests conducted this season, or .05 percent.

“I’ll appreciate everyone that made this possible for as long as I live,” said Charlie Morton, a starting pitcher for the Tampa Bay Rays, who are playing the Los Angeles Dodgers in the World Series. The games are being played at a neutral stadium — Globe Life Field in Arlington, Texas — and in front of fans filling about 25 percent of the seats.

But as the World Series heads into Game 5 with a 2-2 tie , the red ink has piled up. So have the logistical complications of plotting the next seasons, especially for the N.B.A. and the N.H.L., which ended up holding their finals at a time of year when they should have been finishing up their training camp for 2020-21.

In M.L.B., a brutal off-season has already begun, with even big-market teams like the Chicago Cubs initiating dozens of layoffs. And after a year of reduced revenue, owners may be reluctant to spend big on players in free agency, which could raise tensions between the league and the players’ union as they enter the final year of their collective bargaining agreement.

Abandoned Rio Tinto Mine Is Blamed for Poisoned Bougainville Rivers