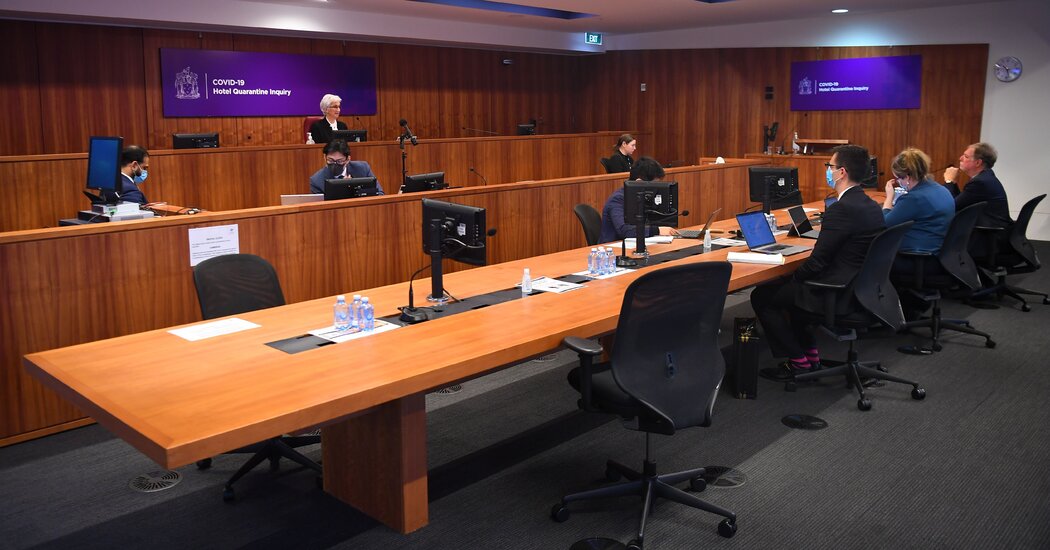 More than 240 people who were quarantined for the coronavirus in hotels in the Australian state of Victoria are being contacted for testing for blood-borne viruses including H.I.V., after it was found that single-use blood testing devices were used on multiple people.

The revelation is part of the fallout of a failed program to quarantine Australians returning to the country in state-run hotels. The mismanagement of the scheme is widely regarded to have led to a second wave of the virus in Victoria. The outbreak put Melbourne, which is in the state of Victoria and is the second-largest city in Australia, into lockdown for over three months.

On Monday, the authorities said that blood glucose monitoring devices intended for use by one person were used on multiple guests held in the hotels between March and August. The tests were used by people with diabetes to monitor blood sugar levels. (An earlier version of this post misstated where the authorities made their comments.)

“Blood glucose level testing devices intended for use by one person were used across multiple residents,” Safer Care Victoria, the state’s health care quality assurance agency, said in a statement. “This presents a low clinical risk of cross-contamination and blood borne viruses — Hepatitis B and C, and H.I.V.”

The agency said it did not believe the needles used for the finger-prick tests were used multiple times but said the bodies of the devices can retain microscopic amounts of blood, creating a low risk of transmission.

Victoria has reported at least 20,000 coronavirus cases and more than 800 deaths, with the majority of these occurring in its second wave. The state is currently easing out of its strict lockdown as daily infection numbers drop into the single digits.