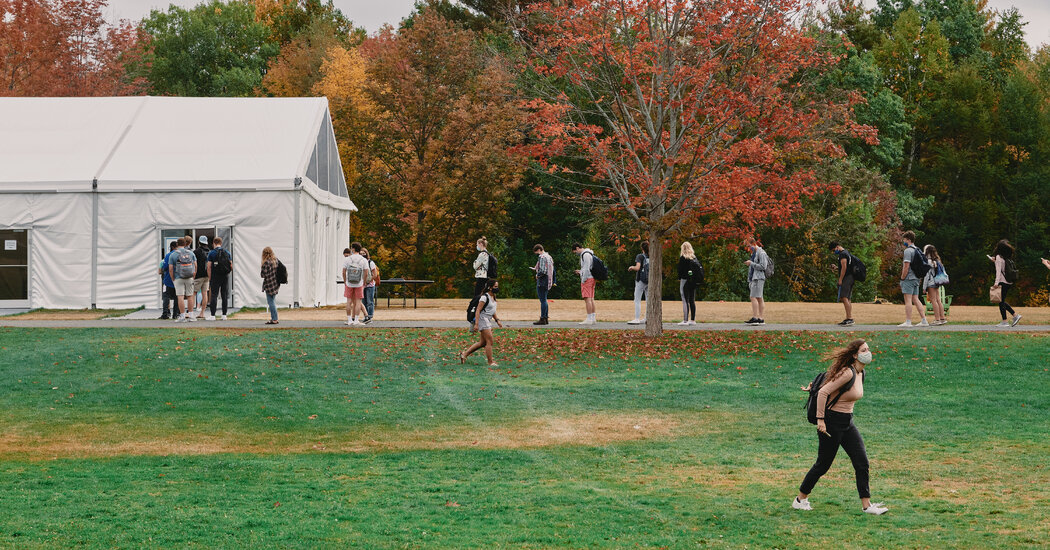 As campuses across the United States struggle to carry on amid Covid-19 illnesses and outbreaks, a determined minority are beating the pandemic — at least for the moment — by holding infections to a minimum and allowing students to continue living in dorms and attend in-person classes.

Being located in small towns, having minimal fraternity and sorority life, and aggressively enforcing social-distancing measures all help in suppressing the contagion, experts say. But one major thread connects the most successful campuses: extensive testing.

Small colleges in New England — where the Broad Institute, a large academic laboratory affiliated with M.I.T. and Harvard, is supporting a regional testing and screening program with more than 100 colleges — are showing particularly low rates of infection. The partnership tests students frequently and pays $25 to $30 per test to have the samples processed overnight at the institute’s lab in Cambridge, Mass.

The program has allowed Colby College, with about 2,000 students on its rural Maine campus, to test each student before and after arrival on campus, then twice weekly thereafter, using a nasal swab PCR test that takes less than three minutes to conduct. Faculty and staff members are also tested twice weekly. So far, the campus has had 11 positive tests, a few of which turned out to be false positives, said David Greene, the school’s president.

In one case, the testing identified a student who had apparently caught the coronavirus on the way to campus and did not have a sufficient viral load to test positively upon entry, he said. By the time the infection was caught in the next round of testing two days later, contact tracing revealed that a roommate had been infected.

Fighting on Lebanon Border as Tensions Rise Between Israel and Hezbollah

Pentagon Admits to Civilian Casualties in Somalia for a Third Time